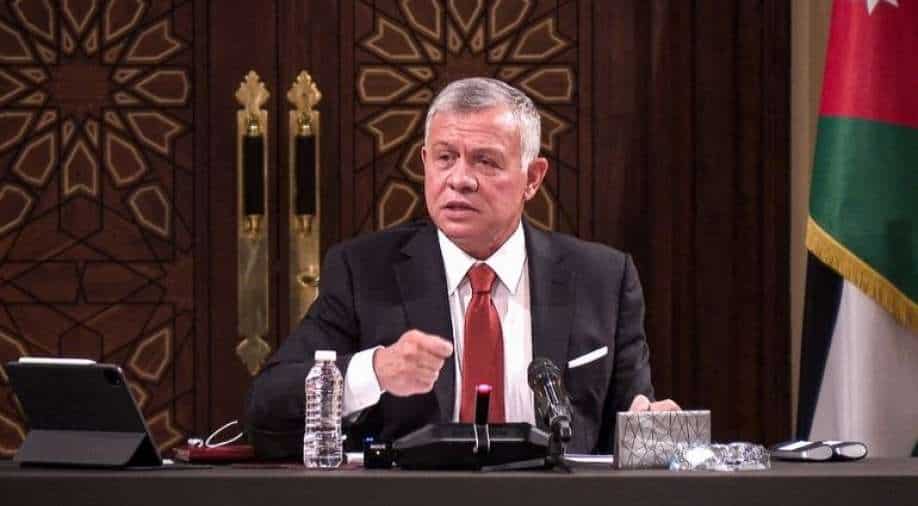 In this file handout picture released by the Jordanian Royal Palace on March 23, 2021, Jordanian King Abdullah II speaks during a meeting at the House of Representatives in the capital Amman Photograph:(AFP)
Follow Us

Jordan's King Abdullah on Sunday said that the country was undertaking intensive diplomacy to halt what he said was Israeli military escalation.

King Abdullah and his family have custodianship of Muslim and Christian sites in Jerusalem. While commenting on the current situation, the king did not elaborate more on the diplomacy.

"There are intensive contacts with international parties to halt Israel`s escalation," the monarch was quoted as saying.

Reuters mentioned Jordanian government officials to say that the pro-western country was leading diplomatic campaign with the US and European allies to put pressure on Israel to end its air and artillery barrage on Gaza since fighting erupted last Monday.

"Israel carries as the existing occupation force responsibility for the dangerous situation in occupied Palestinian land and what it is causing in violence, killings, destruction and suffering," Safadi said.

Thousands of Jordanians, most of them of Palestinian origin, took to the streets of the capital Amman on Sunday, calling on the kingdom to scrap its peace deal with Israel.