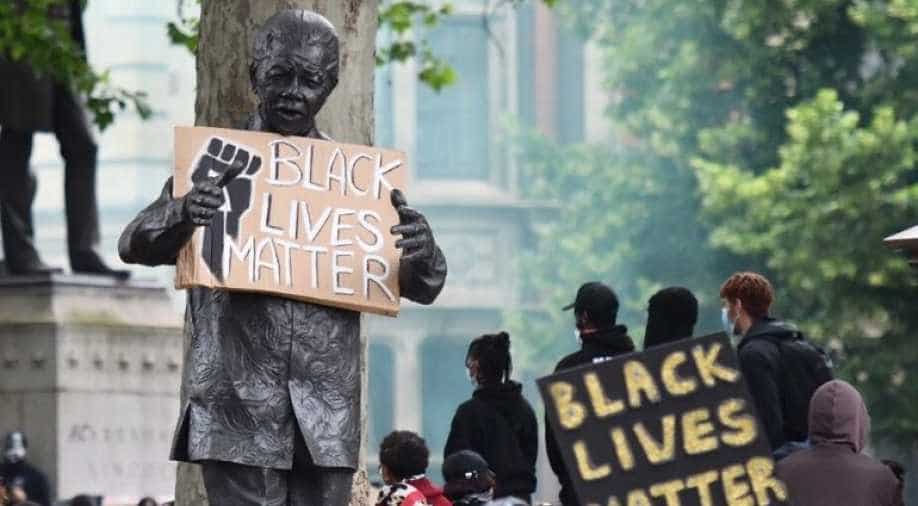 'Those responsible will be held' Photograph:( AFP )

The legislation does not call for funding of police departments to be cut or abolished, as some protesters and activists have increasingly sought. But lawmakers called for funding priorities to change.

The 134-page bill would take numerous steps including allowing victims of misconduct to sue for police damages, ban chokeholds and require the use of body cameras by federal law enforcement officers, restrict the use of lethal force, and facilitate independent investigations of police departments with patterns of misconduct.

"A profession where you have the power to kill should be a profession that requires highly trained officers who are accountable to the public," Representative Karen Bass, who chairs the Congressional Black Caucus, told a news conference.

The legislation does not call for funding of police departments to be cut or abolished, as some protesters and activists have increasingly sought. But lawmakers called for funding priorities to change.

"We have confused having safe communities with hiring more cops on the street ... when in fact the real way to achieve safe and healthy communities is to invest in these communities," said Senator Kamala Harris, seen as a potential running-mate to presumptive Democratic presidential nominee Joe Biden in the Nov. 3 election.

Democrats hope to bring the legislation to the floor of the House of Representatives before the end of June. But its reception in the Republican-controlled Senate is unclear, with Senate Majority Leader Mitch McConnell noncommittal on the need for legislation.

Floyd's death in Minneapolis, where a police officer knelt on his neck for nearly nine minutes on May 25, was the latest in a string of deaths of black men and women by police in the United States that have sparked anger on America's streets and fresh calls for reforms