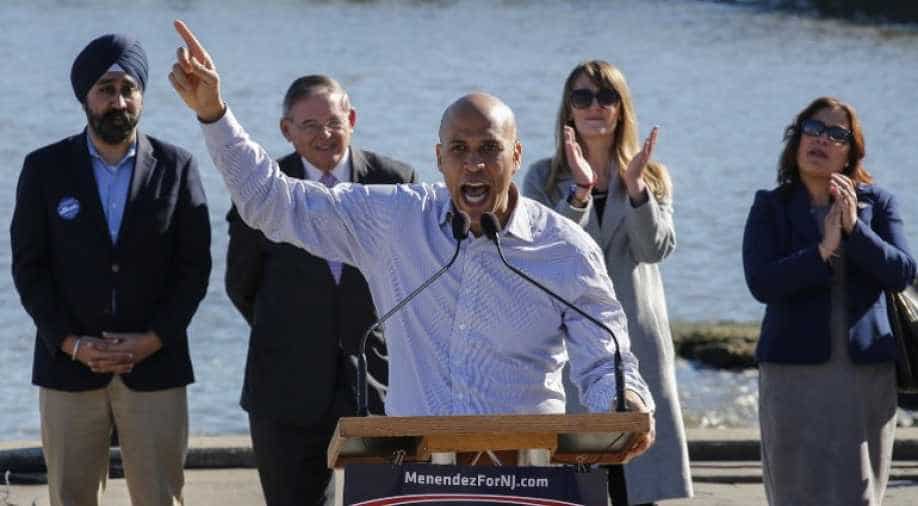 Booker, 49, has joined a crush of Democrats vying to run against Trump in next year's presidential elections.

Senator Cory Booker announced on Friday he is running for US president, joining a widening field of Democrats seeking their party's nomination to take on Donald Trump in 2020.

The New Jersey native, who made the announcement in a video, is the second African-American to throw their hat in the ring, following Kamala Harris.

"I am Cory Booker, and I'm running for president of the United States of America," he said in a video and email sent to supporters.

Booker highlighted his roots in a racially divided Newark, the New Jersey city that launched his political career first as its mayor and then as the state's first black US senator.

Booker, 49, has joined a crush of Democrats vying to run against Trump in next year's presidential elections.

Also considering a run is former vice president Joe Biden. Former Starbucks CEO Howard Shultz, a billionaire one-time Democrat, made waves on Sunday when he said he might run as an independent.