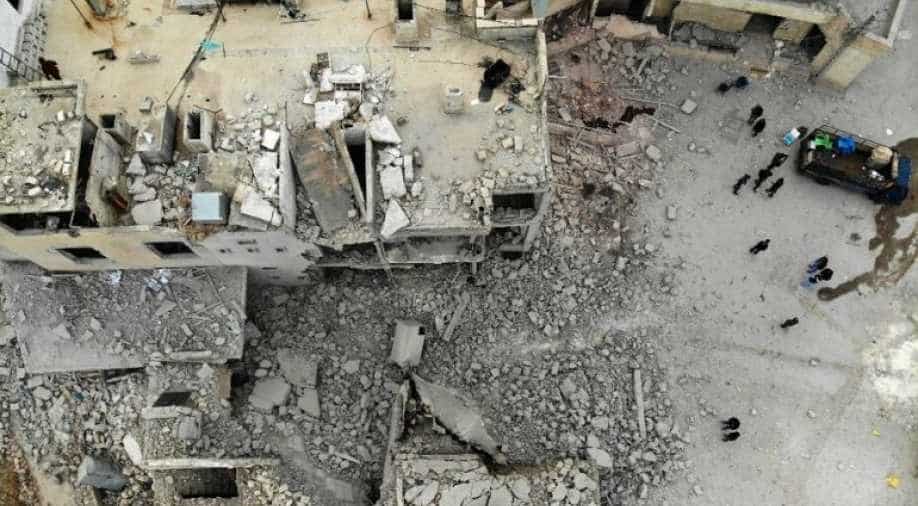 Regime forces and armed groups were locked in heavy clashes Monday on the edge of Syria's last opposition bastion, with 96 fighters killed over two days, a war monitor said.

The battles since Saturday on the edge of the jihadist-dominated Idlib region are the most deadly since a Russia-brokered ceasefire went into effect in late August, the Syrian Observatory for Human rights said.

Fifty-one regime fighters had been killed over 48 hours, while 45 of their opponents including 31 jihadists had also lost their lives, the Observatory said.

The Syrian government does not usually divulge casualty figures.

Watch: Nearly 700 children killed in Syria since the beginning of 2019 - UNICEF

The Idlib region, home to around three million people including many displaced by Syria's eight-year civil war, is largely under the control of a group dominated by a former Al-Qaeda affiliate.

It is one of the last holdouts of opposition to forces backing Syrian President Bashar al-Assad.

The president has long repeated that his government would eventually reimpose its control over the northwestern region on the border with Turkey.

The late August ceasefire had brought about relative calm, months into a devastating Russia-backed regime offensive that killed around 1,000 civilians and ousted hundreds of thousands from their homes.

The war in Syria has killed more than 370,000 people and displaced millions since it erupted in 2011 with the brutal repression of anti-government protests.