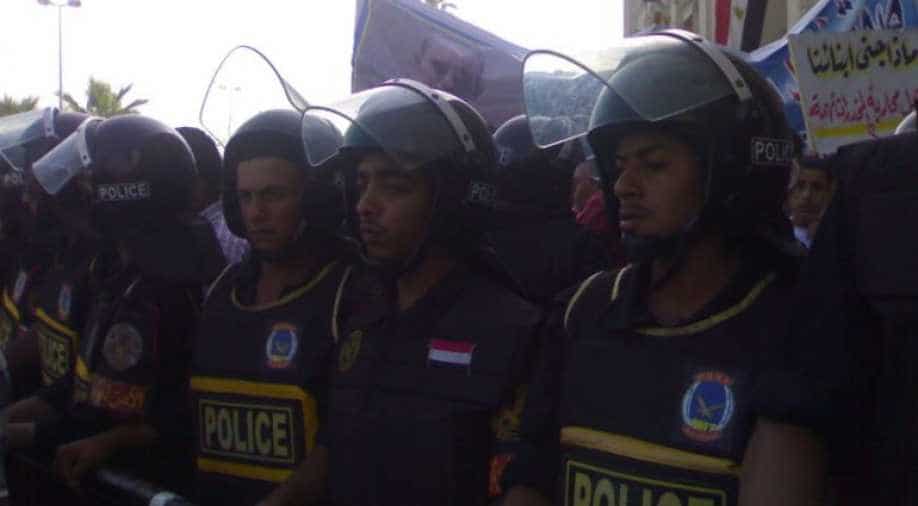 At least 23 police officers were killed while the other victims were conscripts, the sources said. (Representative photo. Image source: Wikimedia Commons) Photograph:( Others )

At least 52 Egyptian police and conscripts were killed and six more wounded in a gun battle on Friday during a raid on a suspected militant hideout in the western desert, three security sources said.

Sources had said late on Friday at least 30 police were killed. Egypt is battling an Islamist insurgency concentrated in the Sinai peninsula from two main groups, including an Islamic State affiliate, that has killed hundreds of security forces since 2013.

The interior ministry released a statement on the operation on Friday but has so far not given any details on casualties. At least 23 police officers were killed and the other victims were conscripts, the sources said.

Security sources on Friday said authorities were following a lead to a militant camp in the desert where eight suspected members of Hasm Movement were believed to be hiding. The group has claimed attacks around Cairo targeting judges and police.

A convoy of four SUVs and one interior ministry vehicle was ambushed from higher ground by militants firing rocket-propelled grenades and detonating explosive devices, one senior security source said.