Cuba wants to sign accords with US before Obama leaves 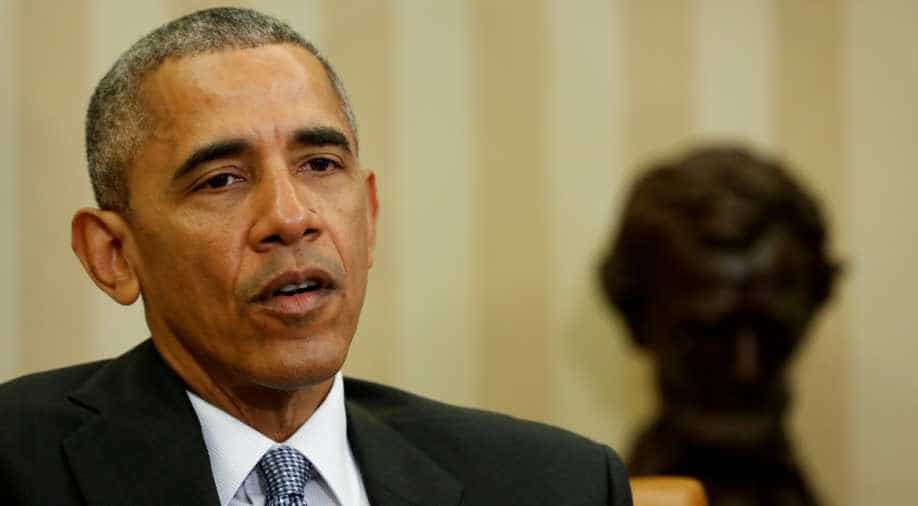 The Obama administration is pressing American companies to complete business deals in Cuba ahead of Trump's swearing in. Photograph:( Reuters )

Cuba said on Wednesday it hoped to sign off on at least half a dozen agreements with the United States before businessman Donald Trump, who has threatened to derail a detente between the former Cold War foes, becomes president on January 20.

Cuban and US officials held talks in Havana to discuss what more could be accomplished during President Barack Obama's remaining weeks in office, agreeing to arrange more high-level visits and technical meetings.

"We proposed the organisation of new high-level visits, which we will give more information on at an appropriate time, to advance negotiations and the eventual signing of various cooperation agreements in seismology, meteorology, protected territory, marine pollution by hydrocarbon spills, the application and adherence to the law, searching for and delimitation of the eastern area of the Gulf of Mexico," said Josefina Vidal, the Cuban foreign ministry's director of US affairs.

Cuba and the United States have already signed a dozen accords in the two years since they agreed to normalise relations, ending decades of hostility.

But some fear all that is now at risk, given Republican Trump has said he would seek to reverse the opening unless Cuba gives the United States what he calls a "better deal".

Vidal declined to comment on Trump's statements but said she hoped his administration would recognise that the detente had the backing of most Cubans and Americans.

"On the Cuban side, Cuba and the Cuban government hope the new US government takes into account these results that we have achieved not just in the last 15 months since the creation of the bilateral commission, but since what will soon be two years when on December 17, 2014 the presidents of both countries made the announcements and of what everyone else realizes, that this has the support of the majority of Cuba, the Cuban population, of United States citizens, including the majority of Cubans in that country, as well as the immense majority of countries in the world," she added.

The Obama administration is pressing American companies to complete business deals in Cuba ahead of Trump's swearing in.

The Caribbean island is also a growing popular tourist destination. The number of US visitors to Cuba had jumped 68 per cent in the first ten months of this year to 208,000, according to official figures.