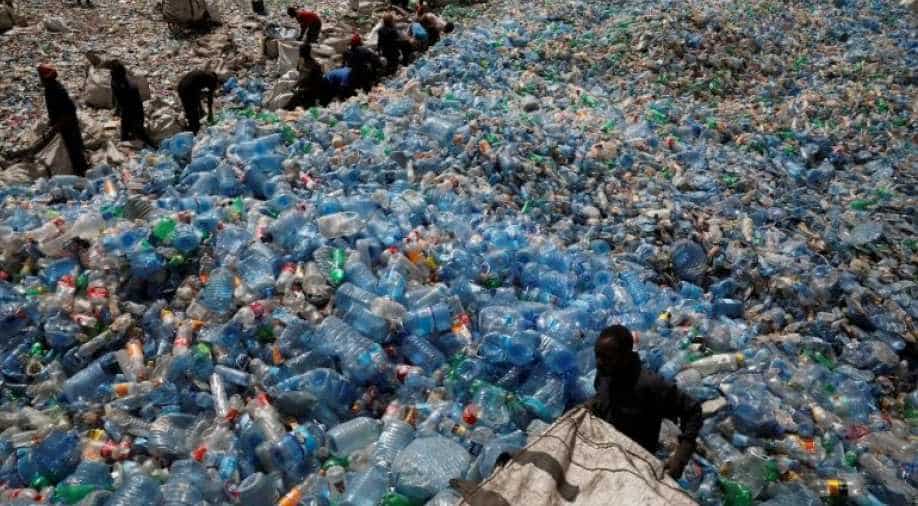 Mexico's prickly pear cactus, which is emblazoned on the country's flag, could soon play a new and innovative role in the production of biodegradable plastics

Mexico's prickly pear cactus, which is emblazoned on the country's flag, could soon play a new and innovative role in the production of biodegradable plastics.

A packaging material that is made from the plant has been developed by a Mexican researcher and is offering a promising solution to one of the world's biggest pollution conundrums.

'The pulp is strained to obtain a juice that I then use,' said Sandra Pascoe, who developed the product and works at the Atemajac Valley University in the western city of Guadalajara.

That substance is then mixed with non-toxic additives and stretched to produce sheets that are coloured with pigments and folded to form different types of packaging.

'What we're doing is trying to concentrate on objects that don't have a long life,' she said, particularly "single-use" packaging.

Pascoe is still conducting tests but hopes to patent her product later this year and look for partners in early 2020, with an eye towards larger-scale production.

The cacti Pascoe uses for her experiments come from San Esteban, a small town on the outskirts of Guadalajara, where they grow by the hundreds.

San Esteban is located in Jalisco state where, starting next year, single-use non-recyclable plastic bags, straws and other disposable items will be banned.

Mexico city and states such as Baja California have also introduced similar measures.

In May, the capital city adopted a "historic" ban on plastic bags beginning in 2020.

From 2021, straws, plastic plates and cutlery, and balloons will also be banned if they're made "entirely or partially from plastic," according to the bill adopted by the local congress.

Pascoe says her new material would be no more than a "drop in the ocean" in the battle to preserve the environment.

Given the rampant production of industrial plastics and the time it takes to make her material, there would need to be "other recycling strategies" to make any concrete difference, she said.

Latin America and the Caribbean account for around 10 per cent of worldwide waste, according to United Nations figures.

In March, UN member states committed to "significantly reduce" single-use plastics over the next decade, although green groups warned that goal fell short of tackling the Earth's pollution crisis.

Plastic pollution has become a global concern, particularly after bans imposed by China and other countries on the import of plastic waste from overseas.

Despite widespread alarm on the environmental cost, Asia and the United States lifted world production of plastic last year while Europe saw a dip, according to numbers released by the PlasticsEurope federation in June.

More than eight million tons of plastics enter the world's oceans every year.