'Cool it,' France and Germany to tell Trump at NATO talks 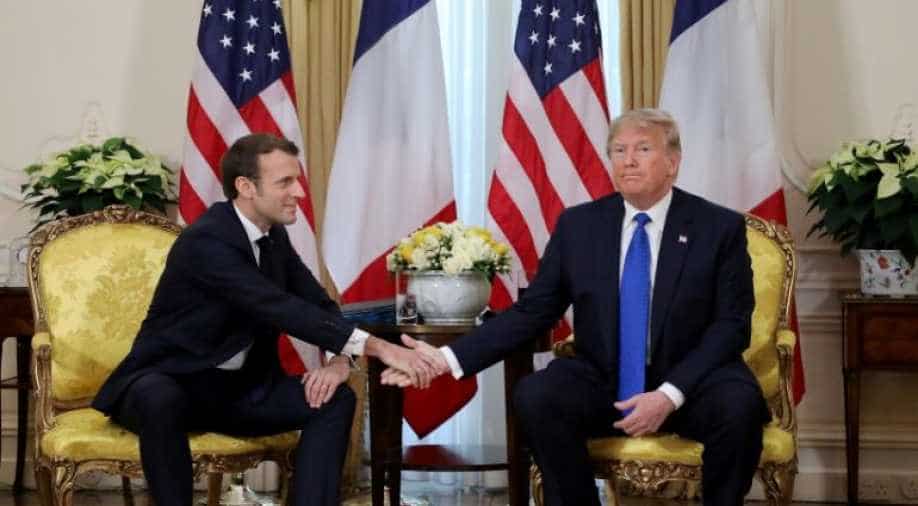 NATO leaders will tell US President Donald Trump on Wednesday they are spending billions more dollars on their militaries in the hope that he pares back his attacks on the Western alliance.

Informal talks following a Buckingham Palace reception on Tuesday to celebrate 70 years of NATO, European leaders led by Germany and France aim to tell Trump they will not be treated as junior partners as they confront global conflicts.

Despite Trump's accusations on Tuesday that allies were "delinquent" in their failure to spend as much as the United States on their armed forces, Europe, Turkey, and Canada will use the gathering at a luxury golf club north of London to argue they will spend $400 billion (£312 billion) collectively on defence by 2024.

"If we invest money and risk our soldiers' lives we should be clear on NATO's fundamentals," French President Emmanuel Macron said on Twitter, adding that on Wednesday he would "defend the interests of France and Europe."

My statements on NATO triggered some reactions. I do stand by them. It is a burden we share: we can't put money and pay the cost of our soldiers' lives without being clear on the fundamentals of what NATO should be. Tomorrow, I will stand up for the French and European interests.

That is likely to include a push to broaden NATO politically to consider a bigger role for the alliance in the Middle East and possibly Africa, although Berlin and Paris must first seek NATO support for a "wise persons" group to draw up reform plans.

In a final communique, NATO allies will recommit to their pledge to defend each other, while Britain is also expected to put six warships, two fighter squadrons and thousands of troops at NATO's disposal to meet a US demand for European armies to be more combat-ready.

NATO will also warn China for the first time that it is monitoring Beijing's growing military might, agreeing to gradually prepare the alliance to defend against any possible future hostilities, in arenas ranging from the Arctic to computer networks.

But the debate is unlikely to be easy.

Tuesday's gathering in London was marked by testy exchanges between Trump and Macron over the future of transatlantic ties, while the US leader reiterated his criticism of Germany for not spending enough on defence, seemingly unaware of Berlin's new defence plans to reach a NATO spending target by 2031.

"I'm a politician, and I'm used to being criticised for good rhetoric but bad substance. In the case of NATO, it is the opposite. We have had bad rhetoric but extremely good substance," NATO Secretary-General Jens Stoltenberg told diplomats and experts at an event in London on Tuesday.