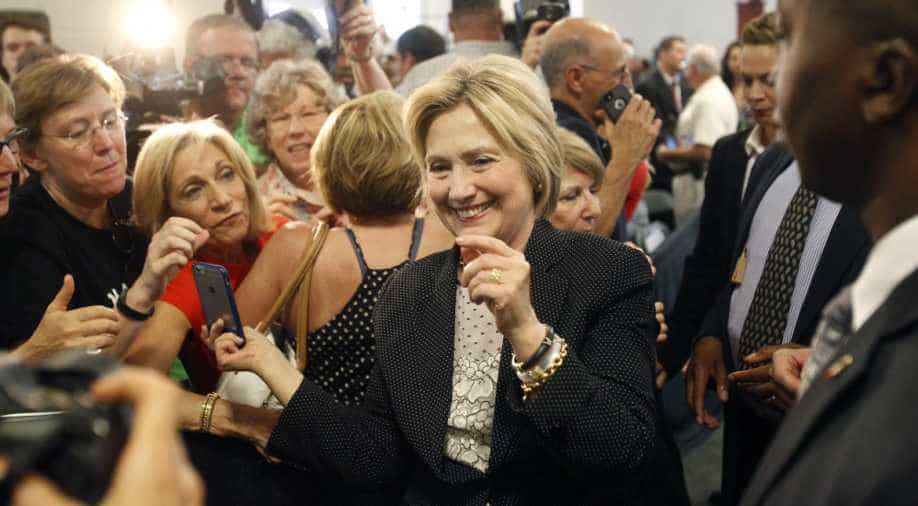 The June 17-21 poll by Reuters/Ipsos of 1,100 likely voters has a credibility interval, a measure of accuracy, of 3.4 percentage points. Hard line national security proposals have helped Trump. Photograph:( Getty )

Democrat Hillary Clinton’s lead over Republican rival Donald Trump has slipped by about five percentage points since mid-June, according to a Reuters/Ipsos poll released today, bringing the race for the White House to within nine points.

The poll showed that 44.5 per cent of likely voters supported former secretary of state Clinton while 35.5 per cent backed businessman Trump. That compares with 46.6 per cent support for Clinton and 32.3 per cent for Trump on June 12, a date that marked her widest lead for the month.

Trump has focused much of his energy in recent days on the mass shooting in Orlando, Florida by a US-born gunman pledging allegiance to Islamic State militant group. Trump vowed to ban people from entering the United States from countries with links to terrorism against America or its allies.

Hardline national security proposals have helped Trump win increased support from voters in the past, including after the shootings in San Bernardino, California and Paris late last year.

Clinton responded to the Orlando attack by calling for increased intelligence gathering and air strikes on IS forces, while warning against demonising American Muslims. She has also criticized Trump's positions on foreign policy and the economy, saying a Trump presidency would be a "disaster".

The June 17-21 poll of 1,100 likely voters has a credibility interval, a measure of accuracy, of 3.4 percentage points.