Climate change could wipe out polar bears by 2100: Report 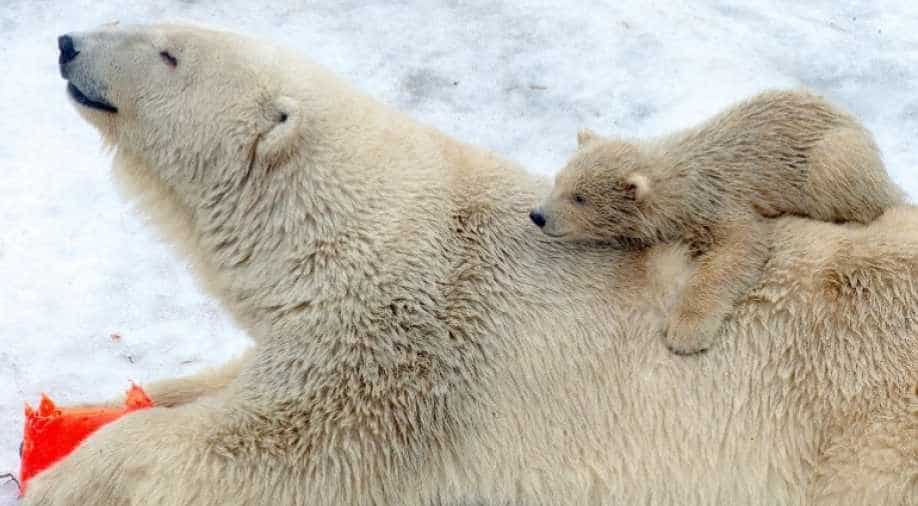 Polar bears may be immediately affected by the consequences of climate change but other species in the animal kingdom may also soon follow.

Climate change could wipe out the polar by 2100, according to a report.

"It is extremely likely that we are going to lose almost every polar bear population in the world, with the possible exception of one in the very high Arctic as far north as you go, before the end of this century” Peter Molnar from the department of Biological Sciences at the University of Toronto, Scarborough, said.

A new report has said climate change is starving polar bears into extinction and if current trends persist the apex carnivore could all but disappear within the span of a human lifetime.

However, the question is, will we use this chance wisely to save the polar bears? While we all gush at visuals of polar bears across social media, we are completely oblivious to their current plight.

The report published in the journal Nature suggests that climate change has driven sea to lose ice as a result of global warming and it has impacted polar bears directly.

Sea ice loss forces polar bears to fast for longer as they rely on the frozen surfaces to hunt for seals which is their main source of sustenance, if sea ice loss persists, all but a few of the 19 subpopulations of polar bears could be wiped out by 2100.

Statistics from the national snow and ice data centre in Colorado reveal that 13 per cent of the Arctic sea ice has been lost each decade since the 1970s.

“They are so clearly connected to the sea ice, which in turn is so clearly connected to what kind of temperatures we're having on this planet, that climate change impacts are going to be seen on polar bears first, or among the first but that is by no means to say that these are the only animals to be affected," Molnar asserted.

Polar bears may be immediately affected by the consequences of climate change but other species in the animal kingdom may also soon follow.

A polar bear weighs up to 1,600 pounds and needs plenty of food to survive but large regions in the Arctic turn completely ice-free during summer months and the dwindling bodyweights of polar bears is testimony to their ongoing struggle.

So by 2100, the polar bear may be gone completely but the question remains, what all do we have to lose to wake up and take action?