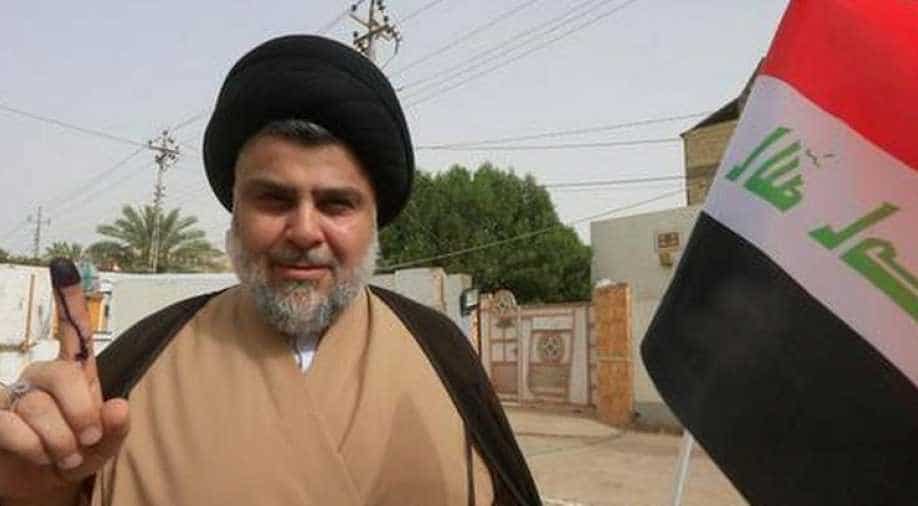 The final results of Iraq's elections confirmed Saturday a breakthrough for nationalist cleric Moqtada Sadr, who was in the lead, ahead of internationally favoured prime minister Haider al-Abadi.

But the possibilities for alliances to form a coalition government remain wide open.

None of the three leading groups won more than 50 seats in Parliament in the May 12 vote, which saw record high abstentions with just 44.52 percent turnout -- the lowest since the first multiparty elections in 2005.

In a system calibrated to divide parliament after the fall of dictator Saddam Hussein following the American-led invasion of 2003, Moqtada Sadr's Marching Towards Reform alliance is far from assured of governing Iraq for the next four years.

Sadr, who has ruled himself out of becoming prime minister, is looking to be the kingmaker and to cobble together a technocrat government from a dozen parties.

But despite leading the tally, his alliance falls short of a majority and it will take lengthy wrangling to forge a coalition.

Negotiations to form a coalition government began as soon as the vote ended a week ago, with the involvement of the US and Iran -- who both oppose the firebrand Shiite leader.

The alliance between the populist Shiite preacher and Iraq's communists won 54 seats.

In second place is the Conquest Alliance, made up of ex-fighters from mainly Iran-backed paramilitary units that battled IS, which won 47 seats, ahead of the Victory Alliance, headed by Abadi, which had 42.

The vote&nbspwas a slap in the face to the widely reviled elite that has dominated Iraq since the 2003 US-led invasion that ousted Saddam Hussein.

Sadr rose to prominence in the wake of the US invasion, when his militia fought a bloody insurgency against American troops.

After years on the sidelines, he has reinvented himself as a champion of the poor and linked up with secularists to battle corruption.

He is one of the few Iraqi politicians opposed to both the presence of American troops and the heavy influence that neighbouring Iran exercises over Iraq.

Sadr declared on Twitter that the results showed "reform has won and corruption is weakened," but he faces a tricky regional context as he begins coalition negotiations.

The protracted horse-trading comes at a time of high tensions after Washington's withdrawal from a landmark nuclear deal with Tehran and fears of a tug-of-war over Iraq.

Even before Sadr's victory was confirmed, Iran had already been convening meetings to try to block him from forming a government.

Iran dispatched the powerful general Qassem Soleimani to Baghdad, who has met with several members of Iraq's old guard including Abadi and his predecessor Nuri al-Maliki.

According to officials, Soleimani has ruled out any alliance with Sadr, who surprised many last year by visiting Iran's regional foe Saudi Arabia as Riyadh seeks increased involvement in Iraq.

Soleimani's shuttle diplomacy is aimed at gathering enough parties opposed to Sadr to deny his alliance a governable majority and a route to the powerful position of prime minister -- though Sadr himself is not in the running for the top job.

Sadr has already ruled out governing with either Maliki or the pro-Tehran head of the Conquest Alliance Hadi al-Ameri.

He called instead for a technocratic government that can begin to tackle Iraq's rampant corruption and the mammoth rebuilding task left from the battle against IS.