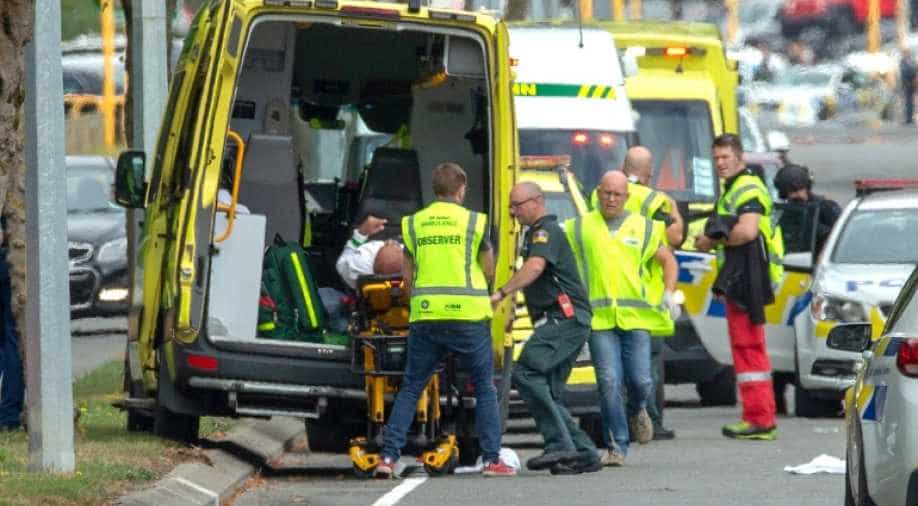 File photo: An injured person is loaded into an ambulance following a shooting at the Al Noor mosque in Christchurch. Photograph:( Reuters )

The Christchurch mosque shootings were two consecutive terrorist attacks at mosques in Christchurch, New Zealand, during Friday Prayer on March  15, 2019.

A New Zealand man who admitted redistributing the live stream video of the Christchurch terror attack has been sentenced to 21 months in prison on Tuesday.

The 44-year-old admitted that the day after the mosque killings, he had sent away the video to have it modified with cross-hairs and a "kill count," and distributed the unmodified video to 30 people Tuesday morning in the Christchurch District Court, Judge Stephen O'Driscoll said when Arps was asked for his opinion of the video, he said it was "awesome."

The Christchurch mosque shootings were two consecutive terrorist attacks at mosques in Christchurch, New Zealand, during Friday Prayer on March  15, 2019.