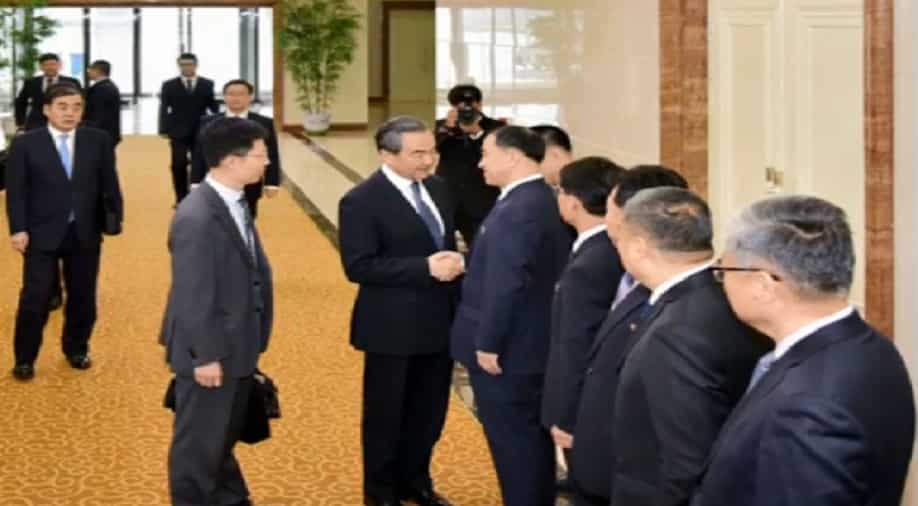 North Korea's official news agency KCNA released still photographs of the activities, which could not be independently verified.

CCTV said Wang offered his congratulations for the successful summit between the leaders of the North and South during. Ri told Wang that North Korea is willing to keep close communications with China on realizing denuclearisation on the Korean peninsula, CCTV added.

China is North Korea's most important economic and diplomatic backer, despite Beijing's anger at Pyongyang's repeated nuclear and missile tests and support for strong United Nations sanctions against the North.