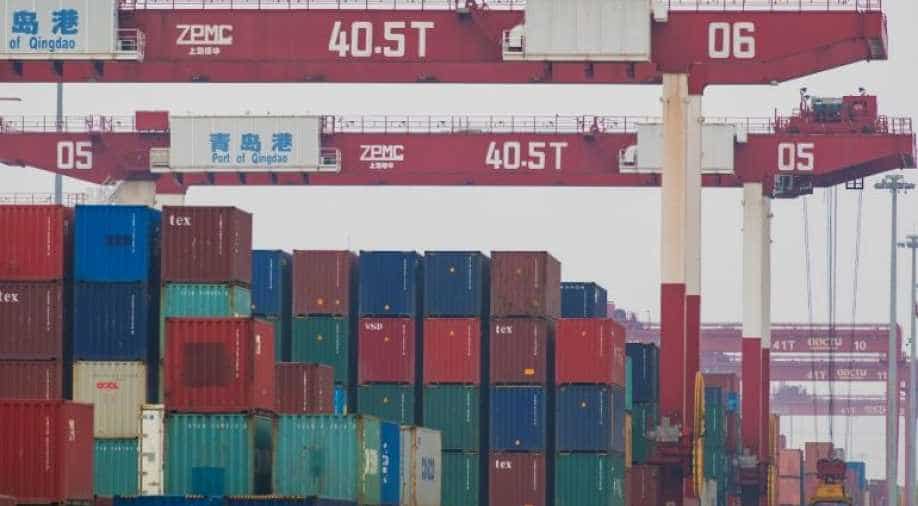 Containers are seen at a port in Qingdao, Shandong province, China Photograph:( Reuters )

China's potential economic growth will be below 6 per cent over the next five years, an adviser to China's central bank said on Saturday.

The economy could grow between 5 per cent and 6 per cent from 2020 to 2025, Liu Shijin, a policy adviser to the People's Bank of China, said at a conference in Beijing, according to an article he posted on social media.

China's monetary policy is already quite loose, and attempting to stimulate the economy to grow faster than its potential could cause it to fall off a cliff, said Liu.

China's third-quarter economic growth slowed more than expected to 6 per cent year-on-year, marking its weakest pace in almost three decades, and at the bottom end of the government's full-year target range of 6.0 per cent-6.5 per cent.

Despite the growing strains on the economy caused by slowing domestic demand and a trade war with the United States, Beijing remains reluctant to implement major stimulus for fear of heightening financial risks given already high levels of debt.

China central bank governor Yi Gang reiterated in an article published last week that China will not resort to quantitative easing and is committed to maintaining a prudent monetary policy.