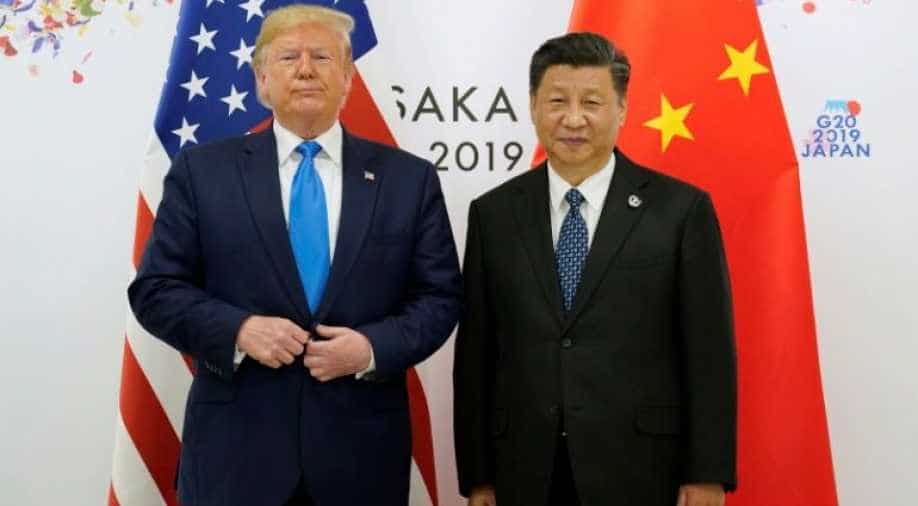 Trump announced a partial deal after meetings in Washington with the Chinese trade delegation led by Liu He, which ended on October 11.

Beijing and Washington have made "substantial progress" towards a partial trade deal, China's top trade negotiator said Saturday, in his first comments since talks with US President Donald Trump last week.

Trump announced a partial deal after meetings in Washington with the Chinese trade delegation led by Liu He, which ended on October 11.

It included promises to increase purchases of US farm products and protections for intellectual property but lacked specific details.

"China and the US have made substantial progress in many aspects, and laid an important foundation for a phase one agreement," the Vice Premier said at a virtual reality conference in Nanchang, Jiangxi province, on Saturday.

In his first public comments about the Washington talks, Liu said an important foundation for the signing of a phased deal had been worked out.

China is "willing to work together with the US to address each other's core concerns on the basis of equality and mutual respect," Liu said, according to a report on Taoran notes, a social media account run by the official Economic Daily.

The deal announced by Trump offered a temporary reprieve from tariffs planned for mid-October.

It did not, however, roll back any of the stinging import duties already imposed up to now on hundreds of billions of dollars in trade between the economic powers. Neither did it address another round of import taxes planned for December.

"Stopping the escalation of the trade war benefits China, the US and the whole world. It's what producers and consumers alike are hoping for," Liu said.