China to US: Do not let your allies decide South China Sea policy 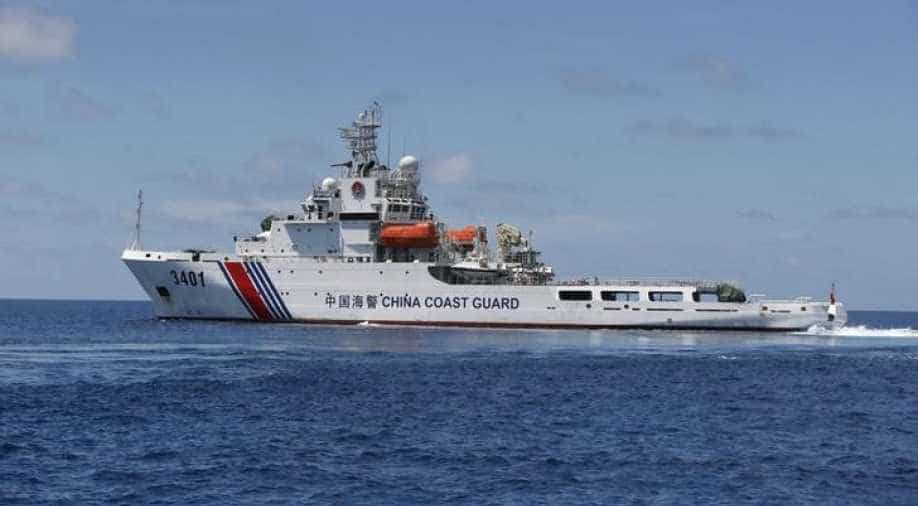 A Chinese Coast Guard vessel is pictured on the disputed Second Thomas Shoal, part of the Spratly Islands, in the South China Sea Photograph:( Reuters )

The United States should not decide its policy on the South China Sea based on what its allies think and should stick to its promises not to take sides in the dispute, a senior Chinese minister said today ahead of Sino-US security talks.

China has been angered by what it views as provocative U.S. military patrols close to islands China controls in the South China Sea. The United States says the patrols are to protect freedom of navigation.

China claims most of the South China Sea, through which $5 trillion in ship-borne trade passes every year. The Philippines, Vietnam, Malaysia, Taiwan and Brunei have overlapping claims, as well as close military ties with Washington.

Speaking at a forum ahead of next week's high-level meetings with US officials in Beijing, Chinese Vice Foreign Minister Zheng Zeguang said his country had every right to protect its sovereignty and maritime rights in the South China Sea.

"In fact the United States is not a claimant in the South China Sea dispute, and it takes no position on territorial disputes," Zheng said.

"So we hope the US can stick to its promises and not choose sides, but can set its position based on the rights and wrongs of the case rather than whether somebody is an ally," he added.

"I think if they can do this, and if they can stop provocative acts targeted at China's sovereignty and security interests, then the US can play a constructive role in maintaining peace and stability in the South China Sea and promote a lowering of the temperature on this issue."

China's top diplomat, state councillor Yang Jiechi, will take this up with US secretary of state John Kerry at their talks, Zheng added.

The South China Sea is also expected to loom large at Asia's biggest security summit starting in Singapore on Friday, attended by a senior Chinese admiral.

Last month, Beijing demanded an end to US surveillance near China after two Chinese fighter jets carried out what the Pentagon said was an "unsafe" intercept of a US military reconnaissance aircraft over the South China Sea.

Denouncing people in the United States who viewed China as a threat, which he believed was not a mainstream US view, Zheng said the two countries had proved they can cooperate well on joint issues of global concern, like North Korea and Syria.