China to deliver world's largest amphibious aircraft to customers by 2022 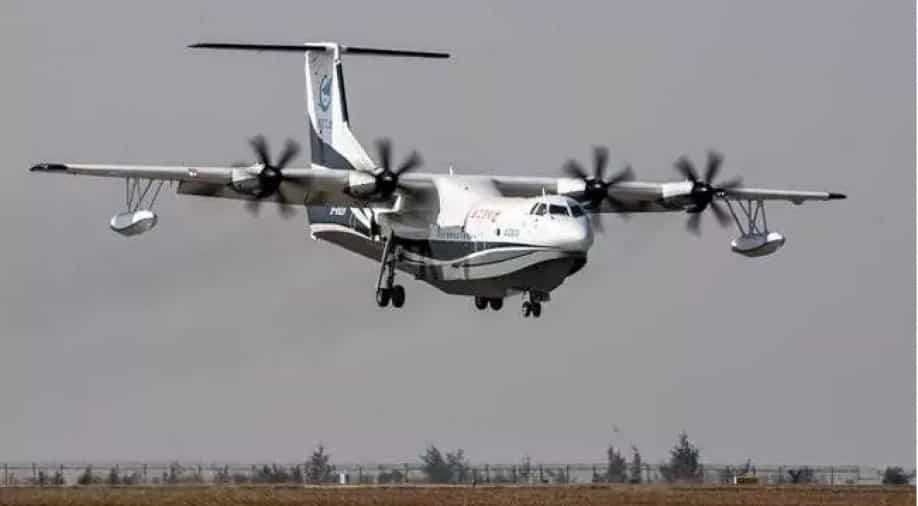 "We are endeavouring to get the airworthiness certification from the civil aviation authorities by 2021, and deliver it to the customers by 2022," Xinhua quoted Huang Lingcai, the plane's chief designer at state-owned Aviation Industry Corporation of China (AVIC), as saying.

AG600 performed its maiden flight in December from an airport on the shores of the South China Sea, the latest step in a military modernisation programme.

China has stepped up research on advanced military equipment as it adopts a more muscular approach to territorial disputes in places such as the disputed South China Sea, rattling nerves in the Asia-Pacific region and the United States.

AVIC has spent about eight years developing the aircraft, which is roughly the size of a Boeing Co 737 and is designed to carry out marine rescues and battle forest fires. It has a range of up to 4,500 kms (2,800 miles) and is designed to be able to take off and land in two metre (six feet) waves.

Powered by four turboprop engines, the AG600 can carry 50 people during maritime search-and-rescue missions, and can scoop up 12 metric tons of water within 20 seconds for fire fighting trips, according to state media.

In December, state media said that the aircraft had received 17 orders so far from Chinese government departments and Chinese companies.

State-owned Aviation Industry Corp of China (AVIC) has spent almost eight years developing the aircraft, which is roughly the size of a Boeing Co 737 and is designed to carry out marine rescues and battle forest fires