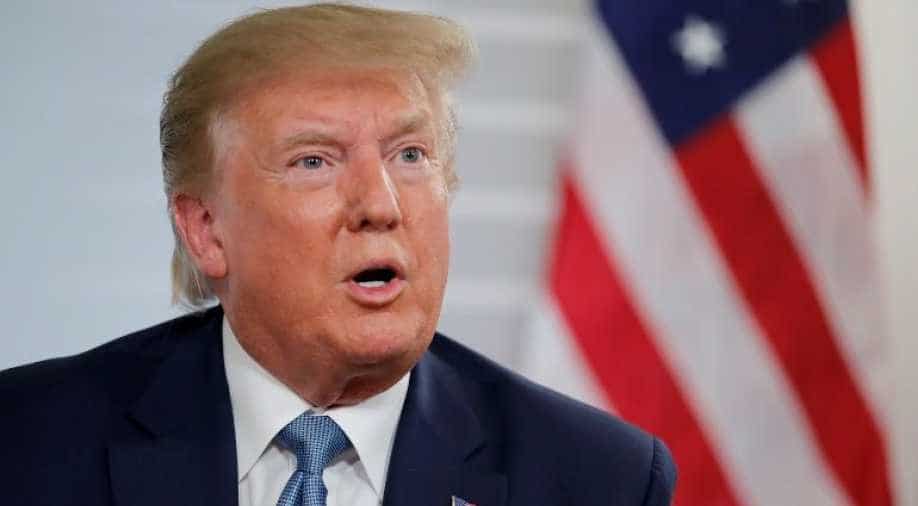 The self-proclaimed dealmaker has failed again. Since taking office, Donald Trump has had a torrid time with deals, be it North Korea, Iran or China, Trump has had a lot to say, but precious little to show. On Tuesday as well, US President Donald Trump proclaimed talks with Afghanistan's Taliban leaders dead while the general in charge said the US military is likely to ramp up operations in Afghanistan to counter an increase in Taliban attacks. Trump scrapped talks with the Taliban planned for Camp David, Maryland, over the weekend after an American soldier was killed by a suicide bomber in the capital Kabul last week. Trump's decision to cancel the talks is puzzling because it goes against his pledge to withdraw the nearly 14-thousandn US Troops Afghanistan and end US involvement in a conflict that is closing in on 18 years. Photograph:( Reuters )

Trump announced an additional duty on some $550 billion in targeted Chinese goods on Friday, hours after China unveiled retaliatory tariffs on $75 billion worth of US goods. However, he appeared on Sunday to back off on his threat to order US companies out of China.

Chinese state media on Monday blasted the United States after US President Donald Trump announced additional tariffs on goods from China and lashed out at China and ordered US companies to find "alternatives" to China.

The world's two largest economies have been locked in an increasingly bitter trade war which has seen them level tariffs on each other's exports.

Trump announced an additional duty on some $550 billion in targeted Chinese goods on Friday, hours after China unveiled retaliatory tariffs on $75 billion worth of US goods. However, he appeared on Sunday to back off on his threat to order US companies out of China.

The official China Daily said in an editorial that Washington would "never be allowed to control China's fate".

"It has become unquestionably clear that his administration's tariff war against China is politically motivated. What Washington wants from its largest trade partner is for it to be content to play second fiddle and meekly do as it demands," the English-language paper wrote in an editorial.

"Washington has again taken the initiative to escalate the fight in the hope that Beijing will throw in the sponge as early as possible. But Beijing regards the trade war as an unavoidable trial by fire, from which the country will emerge stronger."

The Global Times, a widely-read tabloid published by the ruling Communist Party's official People's Daily, said leaving the Chinese market would be "suicide" for US companies, especially for auto firms.

The trade war has damaged global growth, upset allies, and raised market fears that the world economy will tip into a recession.

Asian shares sank on Monday as the latest salvo in the Sino-US trade war shook confidence in the world economy and sent investors steaming to the safe harbours of sovereign bonds and gold while slugging emerging market currencies.