China says hopes US will remove 'unreasonable' curbs on cooperation 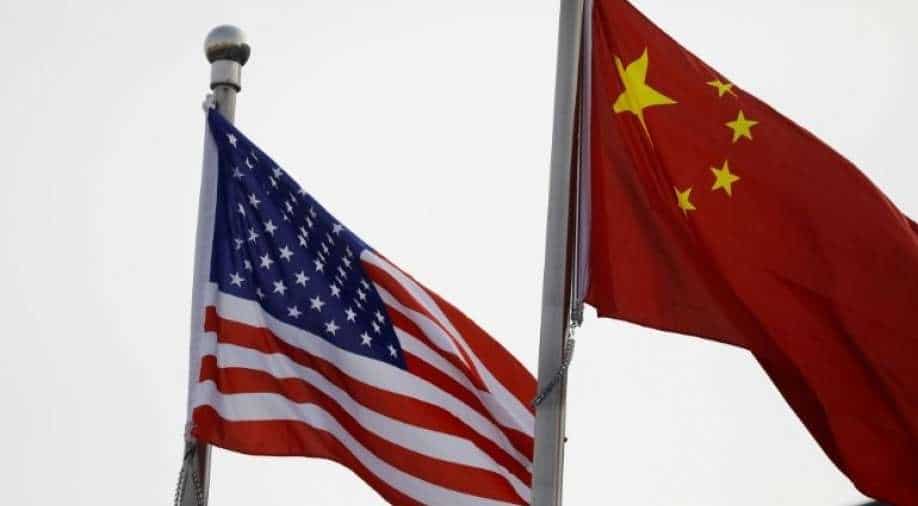 Chinese and US flags flutter outside the building of an American company in Beijing, China January 21, 2021 Photograph:( Reuters )

Last week, US President Joe Biden singled out a "growing rivalry with China" as a key challenge facing the United States, with his top diplomat describing the country as "the biggest geopolitical test" of this century.

China urged the United States on Sunday to remove "unreasonable" curbs on cooperation as soon as possible and work together on issues like climate change, while accusing Washington of bringing chaos in the name of spreading democracy.

Last week, US President Joe Biden singled out a "growing rivalry with China" as a key challenge facing the United States, with his top diplomat describing the country as "the biggest geopolitical test" of this century.

Speaking at his annual news conference, the Chinese government`s top diplomat, State Councillor Wang Yi, struck a tough line even as he outlined where the world`s two biggest economies could work together.

The United States had used democracy and human rights as a basis for arbitrarily interfering with other countries` affairs, he said. "The U.S. should realise this as soon as possible, otherwise the world will continue to experience instability."

The White House brushed aside the criticisms over Taiwan and said Washington would continue to support Taipei.

Wang said differences between Beijing and Washington must be managed carefully, the two sides must advocate healthy competition not zero-sum finger-pointing, and that areas like climate change and fighting the pandemic were where they could cooperate.

"It is hoped that the United States and China will meet each other halfway and lift the various unreasonable restrictions placed on Sino-US cooperation to date as soon as possible, and not create new obstacles artificially."

The United States and China are at odds over influence in the Indo-Pacific region, Beijing`s economic practices, Hong Kong, Taiwan and human rights in China`s Xinjiang region.

The Biden administration has indicated it will broadly continue the tough approach to China taken by former President Donald Trump, but do so in coordination with allies.

Wang warned there was no room for compromise on Chinese-claimed Taiwan and the new US government should drop the previous administration`s "dangerous acts of playing with fire".

"Our position on Taiwan remains clear. We will stand with friends and allies to advance our shared prosperity, security and values in the Indo-Pacific region," she said when asked about Wang`s remarks.

Under Trump, the United States imposed sanctions against China and its officials over Xinjiang, Hong Kong and Beijing`s economic policies, which have not been lifted by Biden.

Secretary of State Antony Blinken has said he agrees with his predecessor Mike Pompeo`s determination that genocide against Muslims is under way in Xinjiang.

Wang said some Western politicians chose to believe lies about Xinjiang, and took a dig at Western countries` records.

"When it comes to `genocide`, most people think of North American Indians in the 16th century, African slaves in the 19th century, Jews in the 20th century, and the Australian aborigines who are still fighting today," he said.

"The so-called `genocide` in Xinjiang is ridiculously absurd. It is a rumour with ulterior motives and a complete lie."