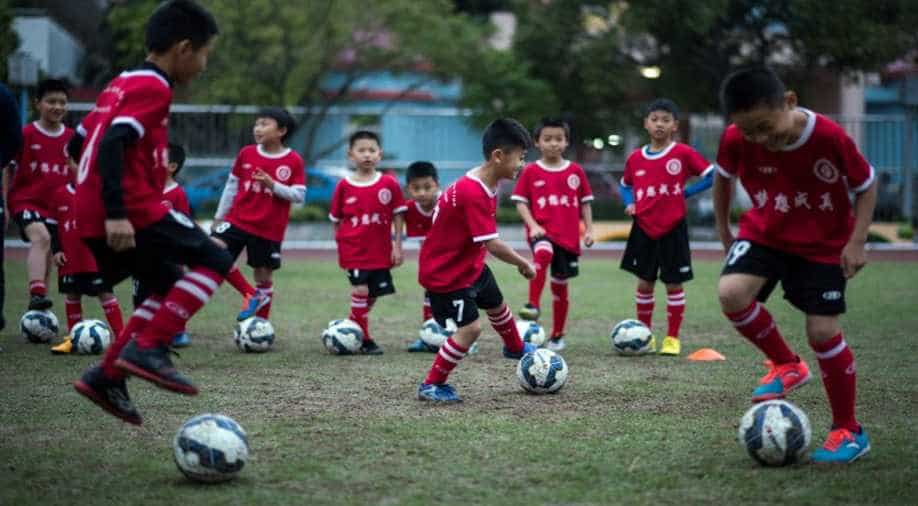 Follow Us
Chinese authorities are investigating playing fields at some of Beijing's top elementary schools after children reportedly fell sick from exposure to artificial turf.

Youngsters suffered from nose bleeds and allergic reactions after they used running tracks in the latest health scare to rock a country where safety standards are a major concern.

The news came less than two months after reports that hundreds of students were sickened elsewhere in China because of their school's proximity to shuttered chemical plants.

The Beijing probe, which began last week, sparked a wave of anxiety online, with hundreds questioning the country's commitment to protect one of its most valuable assets: its youth.

The reports are a "nightmare", said one comment on China's popular social media platform Weibo.

"Where is the Chinese dream for those children?" it asked.

Frequent reports of early onset cancer and respiratory ailments create a climate of fear for parents, many of whom who have only one child thanks to China's once strict birthing policies.

The Beijing cases are particularly unsettling because they have occurred at schools attended by children of the capital's well-to-do.

"If Beijing is like this, it's even harder to imagine those campus fields in other cities," one commenter wrote.

In April, news outlets reported that almost 500 students were sickened after a top middle school relocated to a site close to decommissioned chemicals factories.

An undisclosed number of young people were diagnosed with leukaemia and lymphoma, both diseases often linked to pollution exposure.

In Beijing, authorities have vowed to deal with the issue and plan to release a report on the materials used to build the track next week.

In the meantime, a team of six doctors have been dispatched to check into any health effects, a statement from a Beijing education office said.

"It's no use to punish severely the school or the construction team," one commenter said.