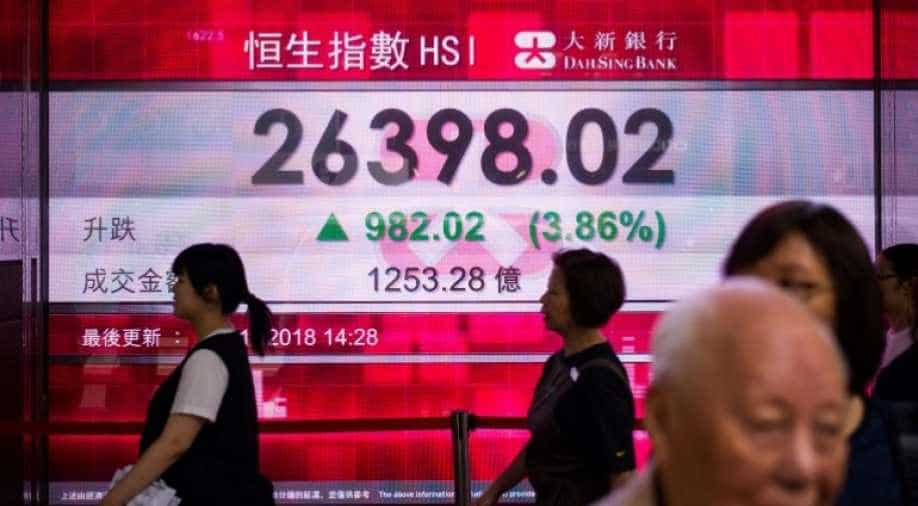 Pedestrians walk past a stocks display board that shows an increase in the Hang Seng Index in Hong Kong. Photograph:( AFP )

China’s exports rose 9.9 per cent in 2018, its strongest trade performance in seven years, despite growing disruptions from an escalating trade war with the United States, customs data showed on Monday.

The world’s largest trading nation got off to a strong start in 2018, but pressure on the economy started to build later in the year as the United States and China began imposing tariffs on each other’s goods and global demand started to cool.

The Customs office is expected to release trade numbers for December later in the day.

China’s export growth is expected to have eased for a second straight month in December as global demand weakened, raising pressure on Beijing as it tries to reach a trade deal with Washington.

Softening demand in China is already being felt around the world, with slowing sales of goods ranging from iPhones to automobiles adding to fears of cooling global growth.

Sources told Reuters last week that Beijing is planning to lower its economic growth target to 6-6.5 per cent this year after an expected 6.6 per cent in 2018, the slowest pace in 28 years.