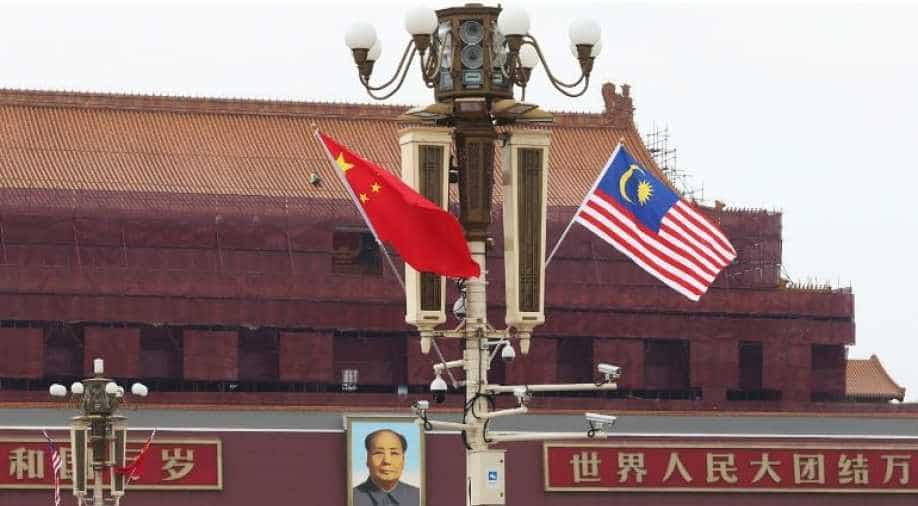 China has protested against Malaysia filing a submission with the United Nations last week seeking to establish the limits of Malaysia's continental shelf in the northern part of the disputed South China Sea.

China has protested against Malaysia filing a submission with the United Nations last week seeking to establish the limits of Malaysia's continental shelf in the northern part of the disputed South China Sea, the South China Morning Post reported on Tuesday.

Under the United Nations Convention on the Law of the Sea, any country can claim exclusive economic zone up to 200 nautical miles from their shoreline. China, however, claims most of the South China Sea, through which more than $3.4 trillion worth of goods are transported every year.

As a result, Malaysia said in its submission dated Dec. 12 that there were areas of potential overlapping claims beyond its own exclusive economic zone.

"China has historic rights in the South China Sea," the Hong Kong newspaper quoted China's permanent mission to the United Nations as saying in the note.

Malaysia and Vietnam in 2009 made a joint submission for a portion of the two countries' continental shelf in the southern part of the South China Sea.

A senior Vietnam official said last month it could explore legal action, among various options, in its territorial dispute with China over the waters.

On Tuesday, Vietnam said it hoped China would show restraint in the South China Sea next year after a Chinese oil survey vessel and its escorts spent months within Vietnam's exclusive economic zone in what Hanoi called a blatant violation of its sovereignty.

Vietnam, the region's most forceful challenger of China's extensive maritime claims to the busy waterway, will take on the rotating chairmanship of the Association of Southeast Asian Nations (ASEAN) in 2020.

The U.N. Commission on the Limits of the Continental Shelf said Malaysia's partial submission on the northern part would be included in the provisional agenda of its fifty-third session to be held in New York in 2021.

Malaysia had been critical of China's South China Sea position but has been less outspoken recently, especially after China pumped billions of dollars into infrastructure projects under its Belt and Road Initiative.

But Malaysia's foreign minister said in October the country needed to boost its naval capabilities to prepare for possible conflict in the South China Sea.