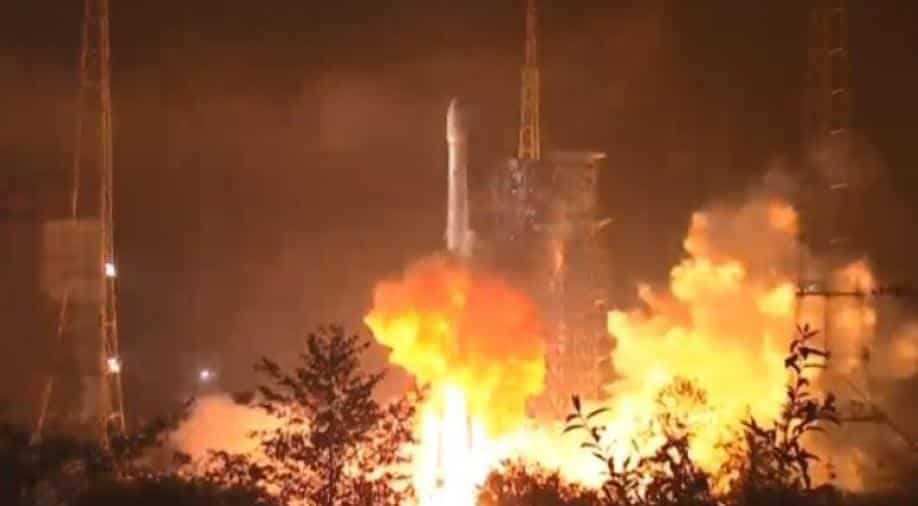 The Hongyun project aims to build a space-based communications network to provide broadband internet connectivity to users around the world.

China on Saturday launched its first communication satellite to provide broadband internet services worldwide in an apparent bid to rival Google and other international firms.

The satellite was launched from a Long March 11 carrier rocket from the Jiuquan Satellite Launch Centre in north-western China and is the first in the Hongyun project planned by China Aerospace Science and Industry Corp (CASIC).

The Hongyun project started in September 2016, aims to build a space-based communications network to provide broadband internet connectivity to users around the world, especially those in the underserved regions.

The satellite is expected to work beyond its design life of one year.

"Weighing 247 kilograms, the satellite works in a sun-synchronous orbit about 1,100 kilometres above the earth. It is powered by solar arrays and has a design life of one year, but is expected to operate longer, Xiang Kaiheng, Hongyun's chief designer at CASIC Space Engineering Development Co Ltd here said.

"After a yearlong in-orbit technological demonstration by the satellite, CASIC plans to launch four mass-production Hongyun satellites before the end of 2020 to form a small network for Hongyun's trial run, the Daily quoted Xiang as saying.

Stating that CASIC currently intends to place more than 150 Hongyun satellites on orbits about 1,000 km above the ground around 2023, he said that the constellation is likely to be further expanded in response to market demands.

The concept of running a low-cost, high-performance satellite network to provide space-based communications and internet services has become popular globally among industry players.

Currently, many foreign tech companies, including Google, SpaceX, OneWeb and Telesat, have already launched plans to use satellites to provide free internet access.

The US' SpaceX launched two experimental satellites last month to test technologies for its Starlink project, in which tech tycoon Elon Musk proposes to put a total of nearly 12,000 satellites into orbit by the mid-2020s.

Similarly, US firm, OneWeb, plans to launch a satellite constellation of 648 low-Earth orbit microsatellites by the end of 2019, though few developments have been reported.