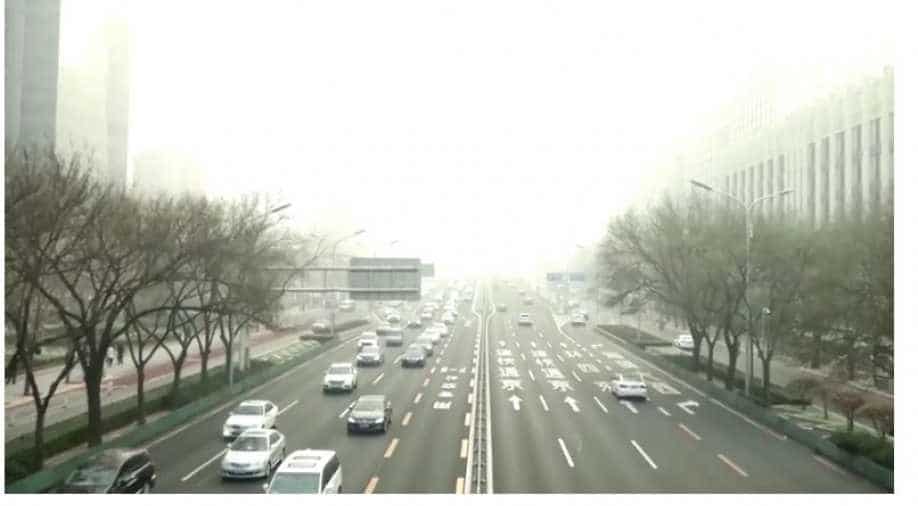 A visual of fog in China Photograph:( Reuters )

Poor diffusion of air was considered as one of the main reasons behind the pollution. The weather department predicted that the situation of heavy fog will continue till Tuesday.

Dense fog in northern and eastern China reduced visibility to less than 50 meters and disrupted traffic in some areas on Sunday.

On Sunday morning, Beijing Meteorological Observatory issued a yellow alert against fog, which led to the shut down of several expressways in southern Beijing including the Beijing-Kaifeng, Daqing-Guangzhou, Beijing-Tianjin, and Beijing-Hong Kong-Macao lines.

Poor diffusion of air was considered as one of the main reasons behind the pollution. The weather department predicted that the situation of heavy fog will continue till Tuesday.

The average concentration of PM2.5, a deadly pollutant, in downtown Beijing reached 163 micrograms per cubic meter, which falls under the category of high pollution.

In Heibei province, a visibility of less than 50 meters was observed in some areas, which led to the closure of expressways and affected flights to and from the region. A red alert against fog was also issued by the local meteorological department.

The entire Longkou City of Shandong Province in east China has been engulfed in heavy fog since Saturday night as the visibility dropped to less than 200 meters. It is expected that the fog in Longkou will last through the whole Sunday.

The menace of pollution has over the years greatly affected the residents of Beijing despite the city expected to move out of the world's 200 most polluted cities. In winters, when the condition of air pollution worsens, most of the people in Beijing are seen wearing masks.

However, according to new research, several lives were saved in China because of the implementation of policies to control air pollution.