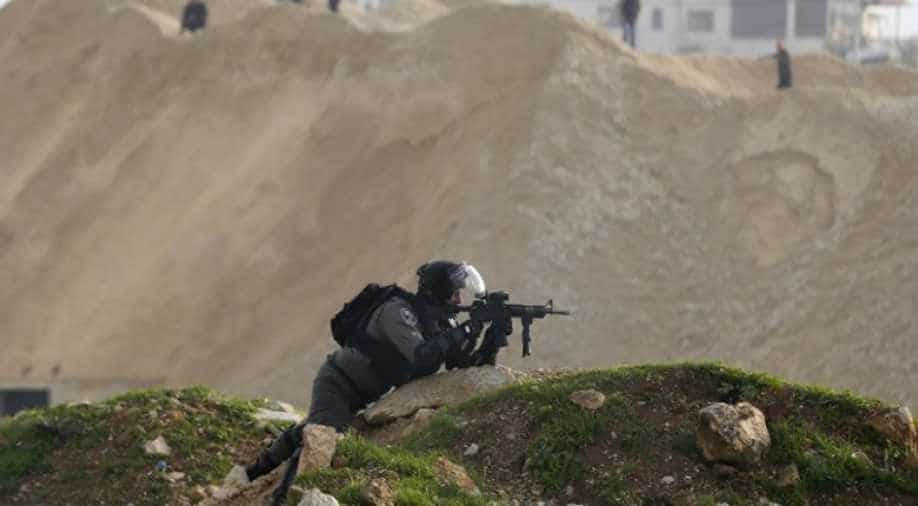 An Israeli border guard holds a position during clashes with Palestinian protesters on January 12 north of Ramallah in the West Bank. Photograph:( AFP )

The security forces removed the bomb from the tomb and denoted it later, Israel's Defense Forces(IDF) said in a statement.

The IDF forces also seized two weapons during an operation in Silwad village, near Ramallah.