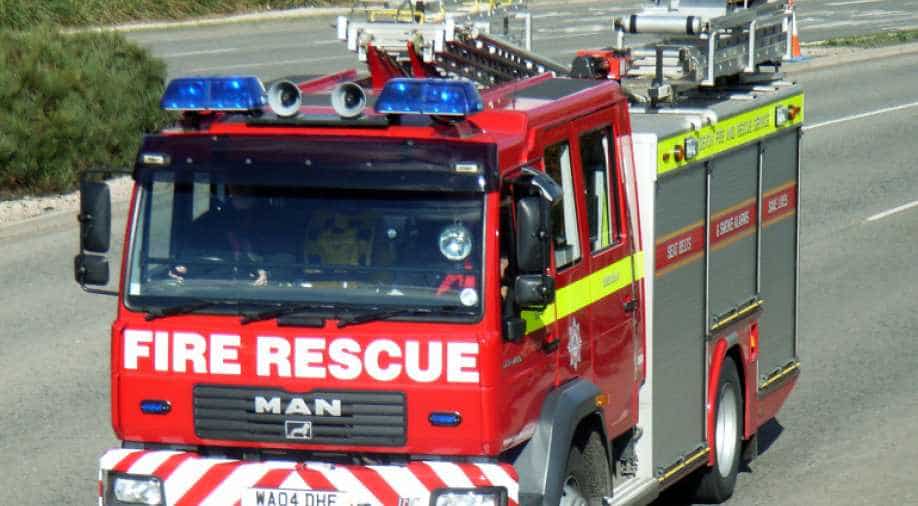 A wildfire near Anaheim, California burned more than 700 acres and was spreading rapidly on Monday (September 25). Nearly 300 homes in the nearby city of Corona were evacuated, as 200 firefighters worked to contain the blaze.

Smoke from the fire, which was burning alongside California's 91 freeway, could be seen for miles.

Several lanes on the road were initially closed backing up traffic for miles.