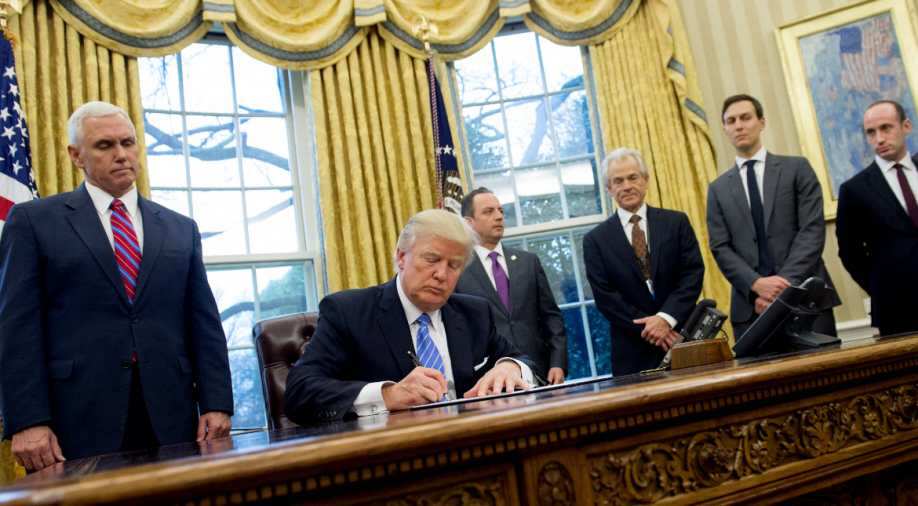 A California federal judge on Friday strongly questioned the US Justice Department over whether to suspend an order by President Donald Trump to withhold federal funds from so-called sanctuary cities for immigrants.

US District Court Judge William Orrick III questioned the purpose of the president's order as he heard arguments from two large California counties and the Justice Department in San Francisco federal court. Both counties have asked for a nationwide preliminary injunction to the order.

As part of a larger plan to transform how the United States deals with immigration and national security, Trump in January signed an order targeting cities and counties that limit cooperation with federal immigration authorities.

Sanctuary cities in general offer safe harbor to illegal immigrants and often do not use municipal funds or resources to advance the enforcement of federal immigration laws. Sanctuary city is not an official designation.

On Friday, the counties described the order as a "weapon to cancel all funding to jurisdictions," said John Keker, an attorney representing Santa Clara County.

"All around the country, including here, people are having to deal with this right now," the attorney said.

Santa Clara County receives roughly $1.7 billion in federal and federally dependent funds annually, about 35 per cent of its total revenues. The county argued that every day it owed millions of dollars of federal funding, and its budgetary planning process had been thrown into disarray by the order.

The government also argued that there had been no enforcement action to date, and it was unclear what actions against the counties would entail.

Judge Orrick asked the government what was the purpose of an executive order, if it only impacted a small amount of county funding.

Attorneys for the government said the order had highlighted issues that the Trump Administration deeply cared about and a national policy priority.

To win a nationwide injunction, local governments must demonstrate a high level of harm, the Justice Department noted in court filings last month.