Bush is back: Dubya comes out of self-imposed exile to help Republicans rustle up some cash 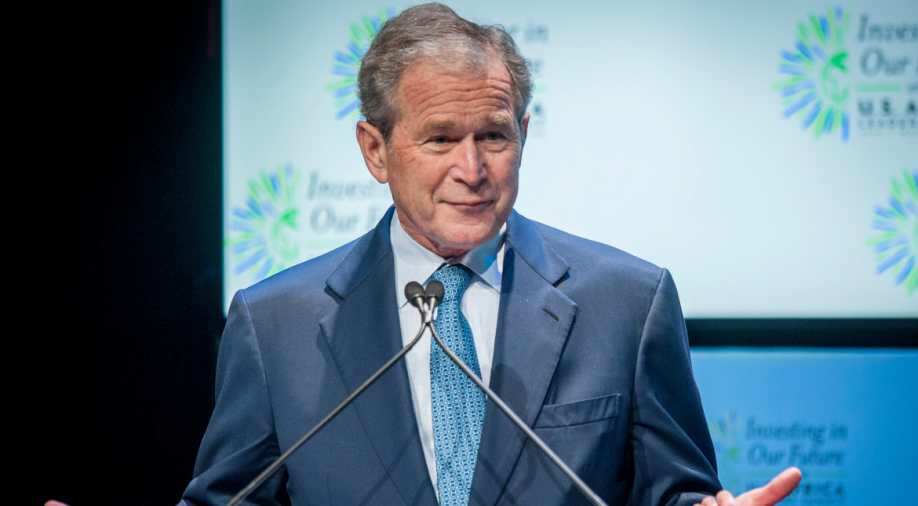 Bush is no fan of Trump, but to a certain extent, he is doing Trump a favour. Typically, the party's nominee is the chief fund-raiser in election years, but Trump's fund-raising effort has lagged. Photograph:( Getty )

Follow Us
Former US President George W. Bush had every intention of sticking to his self-imposed exile from politics, but found that the phone kept ringing with appeals from Republican US Senate candidates for help, friends say.

As a result, Bush has embarked on a rescue mission to try to preserve the Republicans' narrow Senate majority in a year in which many party figures fear presumptive nominee Donald Trump will drag them down to defeat in the November 8 elections.

"I think that this is a one-off, temporary thing that where he can be helpful he will be," said Dana Perino, who was Bush's White House press secretary.

Condoleezza Rice, who was Bush's secretary of state and is now a political science professor at Stanford University, is also raising money for Republican candidates, but on Friday ruled out speculation that she might be drafted as Trump's vice presidential running mate.

"Dr. Rice has repeatedly said in past cycles as well as this one, she's not interested in being vice president. She's happy at Stanford and plans to stay," said Rice chief of staff Georgia Godfrey.

Friends say Bush was initially reluctant to get involved, feeling his time in the limelight had passed. They said he was surprised at the appeals he was receiving to get back into politics more than seven years after his eight-year White House run ended.

So far Bush has headlined fund-raising events for Senator John McCain of Arizona and Senator Kelly Ayotte of New Hampshire. He plans to help senators Rob Portman of Ohio, Ron Johnson of Wisconsin and Roy Blunt of Missouri.

Bush is no fan of Trump, but to a certain extent, he is doing Trump a favour in spite of the continuing antagonism toward the Bush family from the bellicose New York businessman.

Typically, the party's nominee is the chief fund-raiser in election years, but Trump's fund-raising effort has lagged.

Meanwhile, Trump continues to take swipes at the Bush family, particularly at Jeb Bush, the former Florida governor who was defeated by Trump in the Republican presidential primary race.

On Wednesday in Greensboro, North Carolina, Trump complained about Jeb's decision not to honour a pledge made last year to support the Republican presidential nominee whoever it is.

"He signed the pledge but he hasn’t endorsed me," Trump said.

Like his brother, Jeb Bush is helping raise money for Republican congressional candidates.

"The Bush family has a deep love for the party and cares about the future and in light of Trump's capacity to damage the brand, I think this is part and parcel of doing what they can to preserve the party," said Jeb Bush's spokeswoman, Kristy Campbell.
(Reuters)