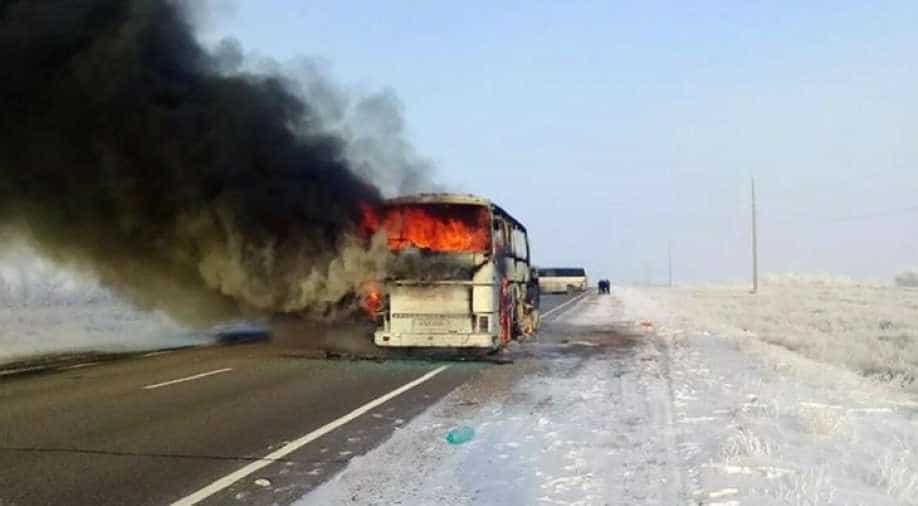 The cause of the incident has not been discovered and further investigations are being carried out. Photograph:( AFP )

Fifty-two Uzbek citizens have been killed in a bus fire in northwestern Kazakhstan on Thursday.

The bus, carrying 55 passengers, was on a route used by migrant workers on their way to Russia that links Samara to Shymkent, the Kazakh Interior Ministry said. The fire took place in northwestern Aktobe region.

The cause of the incident has not been discovered and further investigations are being carried out.

Only five people managed to escape from the bus and are undergoing medical treatment while the remaining 52 died during the incident.

The ones escaped included three Kazakhs and two Uzbeks. As per media reports, the bus did not have an official license to transport passengers.

Separately, Uzbekistan’s Emergencies Ministry said it was sending a plane with its own team of doctors and rescuers to the site.

As per media reports, Vitaly Sinev, an official in Aktobe, said that the fire may have been caused by a short circuit.