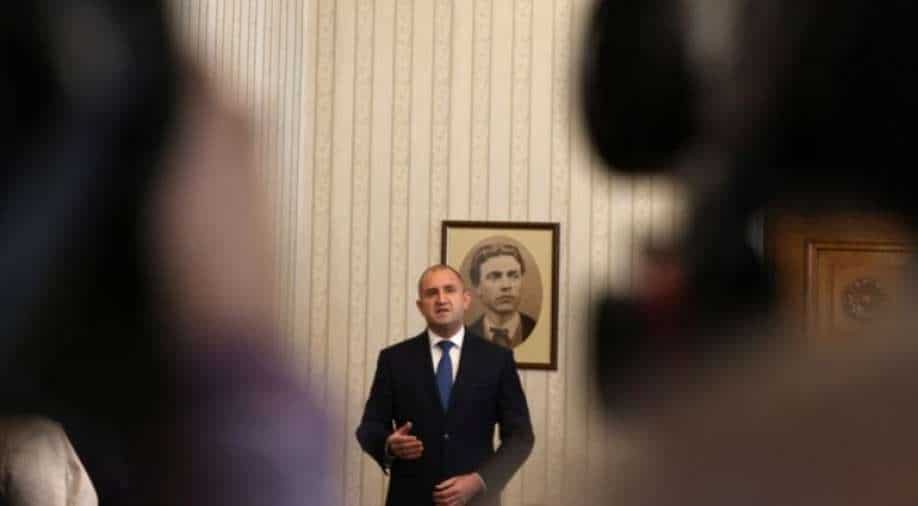 Outgoing Prime Minister Boyko Borissov`s centre-right GERB, which has dominated Bulgarian politics over the last decade, again emerged as the largest party after last month`s election but it lost seats amid widespread public anger over corruption in the European Union`s poorest member state

Bulgaria will hold a snap parliamentary election on July 11, after a third and final attempt to form a government following April 4 polls that led to a fragmented parliament failed, President Rumen Radev said on Wednesday.

Outgoing Prime Minister Boyko Borissov`s centre-right GERB, which has dominated Bulgarian politics over the last decade, again emerged as the largest party after last month`s election but it lost seats amid widespread public anger over corruption in the European Union`s poorest member state.

With Borissov short of a majority and unable to forge a new coalition, the president had asked a new anti-elite party led by TV host Slavi Trifonov to do so but it also failed, as did the third largest party in the new parliament, the Socialists.

"Bulgaria needs a strong-willed political alternative, which the current parliament failed to produce," Radev said after the Socialist Party returned the mandate to form a government.

The stalemate left Radev, a harsh critic of Borissov`s failure to crack down on graft, with no alternative but to appoint an interim technocrat administration and call another snap election within two months.

The prolonged political uncertainty is unlikely to undermine Bulgaria`s prudent fiscal policies and its commitment to adopting the euro currency due to a broad political consensus in Sofia on these issues, ratings agency Fitch said on Tuesday.

Fitch, which rates Bulgaria at investment BBB grade with a positive outlook, said that a protracted political deadlock could delay reforms, needed for the efficient tapping of the EU`s 750 billion euro coronavirus Recovery Fund.

Radev linked the setting of the date for the new election with the appointment of a new central electoral commission that is expected to be finalised on May 11.

"Next week I will dissolve the parliament and appoint an interim government. In this situation, the election is expected to be held on July 11," Radev said in a live broadcast.

Radev said he plans to appoint experts as interim ministers, including members of the Socialist Party, which has already said it would back him in his own re-election bid in a presidential vote due in the autumn.

The caretaker government will face a challenging agenda of managing a health and economic crisis triggered by the coronavirus pandemic within a tight budget it cannot amend and of ensuring a fair election.

A recent opinion poll showed GERB remains the most popular party, but its key rival, Trifonov`s There Is Such a People, is a close second, raising the prospect of continued fragmentation in which the politicians will struggle to form a stable coalition government.