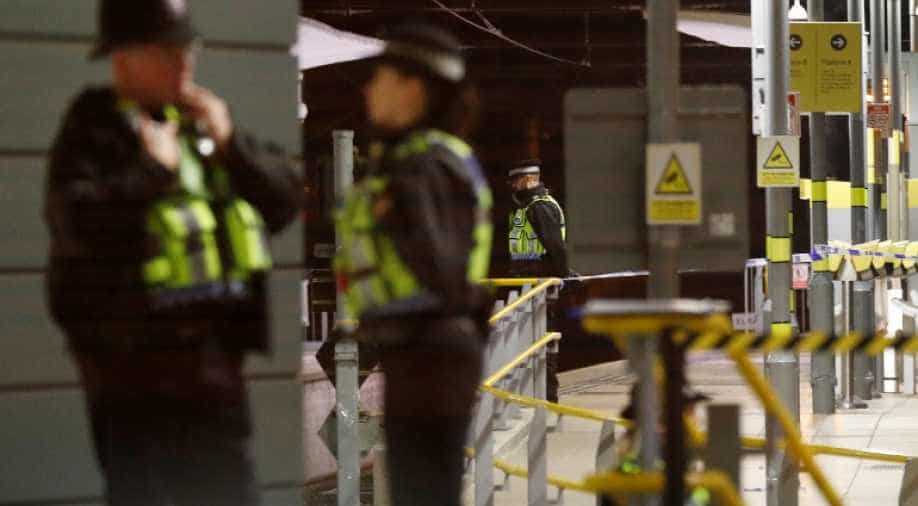 Police officers stand at the end of a tram platform following a stabbing at Victoria Station in Manchester. Photograph:(Reuters)
Follow Us

Police had already said that the 25-year-old man had been detained under the Mental Health Act. He is now in a secure medical facility.

British police said on Wednesday they were increasingly confident that a man who attacked three people with a kitchen knife at Manchester's Victoria station on New Year's Eve acted alone.

Police had already said that the 25-year-old man had been detained under the Mental Health Act. He is now in a secure medical facility.

"The investigation has moved at a very fast pace and detectives are increasingly confident that the man acted alone in the final stages of the attack," Greater Manchester Police said in a statement.

"The investigation will continue and will examine if anybody may have encouraged or assisted the man to commit the attack."

Earlier on Tuesday police had said the investigation was led by counter-terrorism experts but they were "keeping an open mind".

"We are treating this as a terrorist investigation," Chief Constable Ian Hopkins told reporters.

BBC Producer Sam Clack, who was on the scene, said he felt nervous after hearing the attacker shout "Allah" (the Arabic name for the Abrahamic God) in a sentence he could not recall.

The stabbings occurred at about 8:50 pm.

Britain is currently on its second-highest threat level of severe, meaning an attack is considered highly likely and security officials say they are facing record levels of work in countering Islamist militants as well as far-right extremists after four major attacks last year.

Manchester itself was the scene of a suicide bomb attack in May 2017 that killed 22 people as they left an Ariana Grande concert.