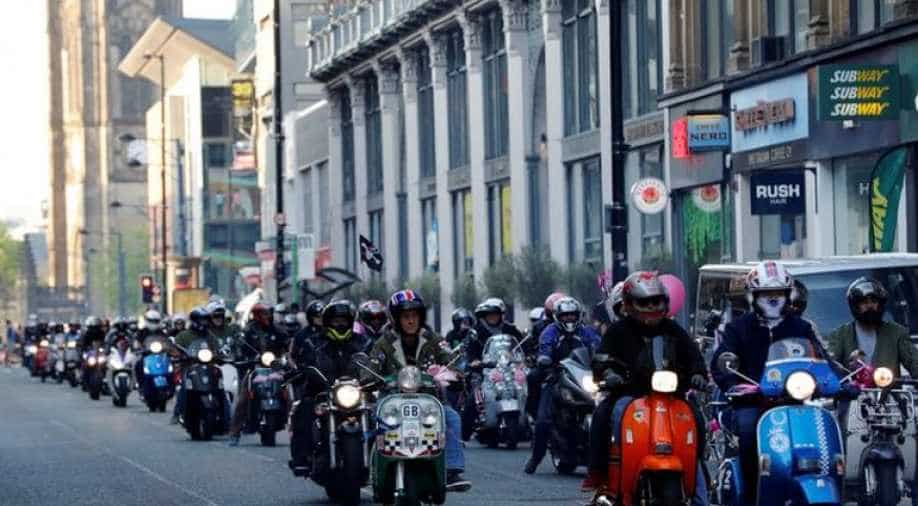 Motorbike and scooter riders arrive in St Ann's Square to pay their respect for the victims of the Manchester Arena attack in central Manchester. Photograph:( Reuters )

British police arrested a man on Friday in the of suburb of Moss Side, the tenth person to be taken into custody in connection with Monday night's Manchester attack.

Eight men are in custody now after a man and a woman were released without charge, Greater Manchester police said in a tweet.

A suicide bomber killed at least 22 people in a packed concert hall in Manchester, in what British Prime Minister Theresa May called a sickening act targeting children and young people.