Brexit, lockdown and a vaccine: A head-spinning day of change in UK 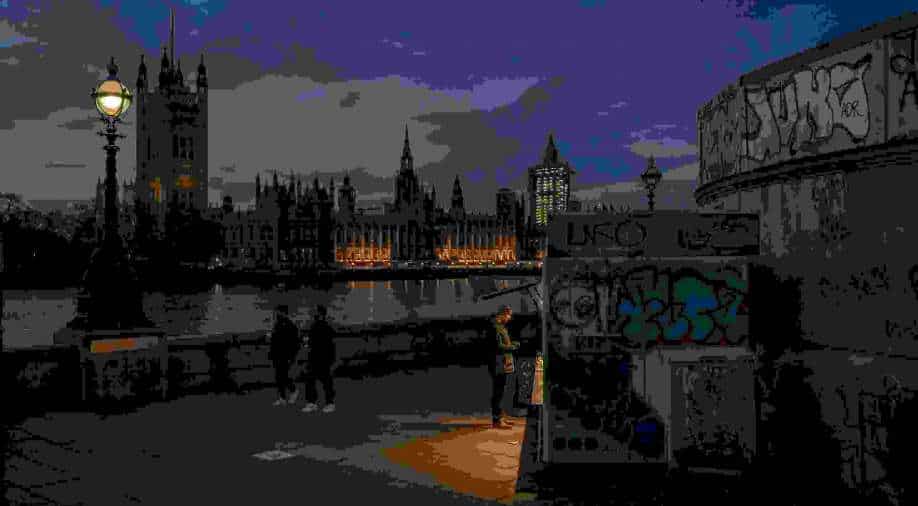 It was a dizzying day of contrasts in Britain on Wednesday — a country propelling itself into a post-Brexit future, even as it remained in the grip of a pandemic that has recently entered a frightening new phase, exulting in a newly authorized British-made vaccine while racing to vaccinate its people against the virus.

LONDON — Just before 3 p.m. on Wednesday, British lawmakers voted to ratify the Brexit trade agreement with the European Union, drawing a symbolic end to a debate that has sundered the country for more than four years.

Minutes later, the health secretary, Matt Hancock, rose in Parliament to announce that the government would put three-quarters of the population of England into the strictest level of lockdown, as a new variant of the coronavirus rampages across the country. The government also delayed the reopening of secondary schools in January.

It was a dizzying day of contrasts in Britain on Wednesday — a country propelling itself into a post-Brexit future, even as it remained in the grip of a pandemic that has recently entered a frightening new phase, exulting in a newly authorized British-made vaccine while racing to vaccinate its people against the virus.

The 521-73 vote came after a rushed, single day of debate, just a day before the agreement is scheduled to come into force. No sooner had the House of Commons approved the deal and sent it to the House of Lords, which ratified it later in the day, than attention swung back to the increasingly desperate attempts to curb the virus. Even on the pandemic, however, the news was mixed.

Earlier Wednesday, British regulators approved a second vaccine, developed in labs at Oxford University and manufactured by AstraZeneca, which officials said gave hope for an end to the plague of infections. Hancock hailed it as a prized example of British scientific achievement but warned that it would not spare the country several more difficult weeks before the doses become widely available.

“Today is a day of mixed emotions,” Hancock said, understating the head-spinning events that unfolded with every hour.

For Prime Minister Boris Johnson, the penultimate day of 2020 summed up a year of unending turbulence. It began in January with Britain’s formal departure from the EU — a moment of triumph for a leader who won a landslide election victory by promising to “Get Brexit done” — but quickly slid into crisis, as Johnson repeatedly reversed himself in dealing with the coronavirus after being hospitalized himself.

The decision to delay the reopening of most secondary schools and colleges in England for two weeks, until Jan. 18, represented yet another reversal, since the government had vowed to keep schools open regardless of what else it shut down. The education secretary, Gavin Williamson, said most primary schools would open on schedule on Jan. 4.

Public health experts generally backed the government’s action, although some said schools should be closed altogether or delayed for two weeks to reassess the trajectory of infections, which have soared since the emergence last month of a more rapidly transmissible variant of the virus.

“The numbers are too high now,” said Devi Sridhar, head of the global public health program at the University of Edinburgh.

The government estimated that 60% of the new cases were from the variant, which has spread to other countries in Europe and was detected this week in Colorado. The sudden surge in cases has upended the government’s plan to keep schools open as it began a massive rollout of vaccines.

The new rules will greatly expand, starting Thursday, the areas of England under the highest tier level of restrictions, Tier 4, closing nonessential businesses, prohibiting mixing between households and telling people they should generally stay at home. Scotland, Wales and Northern Ireland, which set their own rules, have similar limits in place.

Speaking at an end-of-day news conference, Johnson balanced his enthusiasm about the new vaccine, which he has seized on as emblematic of an enterprising post-Brexit Britain, with a sober recognition that the country remained in deep crisis. He declined to rule out further changes in schools, which had been, until now, one of the only areas where the government had stuck to its guns for several months.

“My emotions, I suppose, are mixture of frustration, plus optimism, equals grim determination,” Johnson said.

It was a stark contrast from the confident prime minister who opened the debate on the trade deal in the morning by extolling it as a way to “take back control of our money, our borders, our laws and our waters.”

“We now seize this moment,” he said, “to forge a fantastic new relationship with our European neighbors based on free trade and friendly cooperation.”

Despite the lack of time for scrutiny, the ease with which the agreement passed through Parliament was a departure from the many knife-edge votes held before last year’s election, when the House of Commons was gridlocked over Brexit.

Conservative lawmakers, including a caucus of hard-line Brexit supporters, rallied behind Johnson. His success in defusing the Brexiteer fringe of his party was notable, given that rifts over the EU have vexed the party for decades and Britain made substantial concessions to Brussels in the talks.

William Cash, a Conservative lawmaker who has spent his career opposing European integration, described the deal as a “true turning point in our history” and said Johnson had “saved our democracy.”

Even the opposition Labour Party ordered its lawmakers to support the agreement on the basis that it was better than nothing, although more than 30 refused to vote for an agreement that creates new barriers to trade with European nations.

Critics note that Johnson’s deal secures little for Britain’s services sector and means added bureaucracy for British businesses exporting to continental Europe that will have to make millions of additional customs declarations.

Former Prime Minister Theresa May noted that lawmakers spent months rejecting every previous attempt to broker a trade deal with the European Union. On Wednesday, lawmakers approved a deal in a few hours that May said was not as good as the proposals drawn up last year by her government.

Still, Johnson achieved his political objective by increasing the country’s ability to exert its sovereignty and make decisions without being restricted by EU institutions like its Court of Justice.

Some have pointed to the swift approval of the AstraZeneca vaccine, as well as the Pfizer vaccine a few weeks ago, as a testament to that new freedom, though Britain gave those approvals while still bound by EU rules. Those rules permit all member states to approve vaccines before the bloc’s health regulator during a pandemic, but only Britain has done so.

Britain, analysts said, would have felt more pressure not to get ahead of the EU had it still been a member.

The trade agreement has no shortage of critics. Fishing workers have accused Johnson of capitulating to the EU over fishing rights. Business leaders worry about the bureaucratic burdens resulting from the deal, and that it does little for the services sector, which accounts for about four-fifths of the British economy.

Johnson, however, dismissed suggestions that the new arrangements would cause headaches for British companies.

“From the point of view of U.K. exporters, for instance, they’ll now have the advantage that they’ll only have one set of forms they have to fill out for export to around the whole world,” he said in an interview with the BBC, glossing over the fact that millions of new customs forms that were not required while Britain was part of the European trading bloc will have to be completed.

Opponents of Brexit, Johnson said, often warned that Britain could not diverge from the EU’s rules and still trade freely with the bloc — in other words, it could not have its cake and eat it, too.

“That has turned out not to be true,” the prime minister said. “I want you to see that this is a cakist treaty.”