Brazil's next defence minister wants snipers to take out criminals 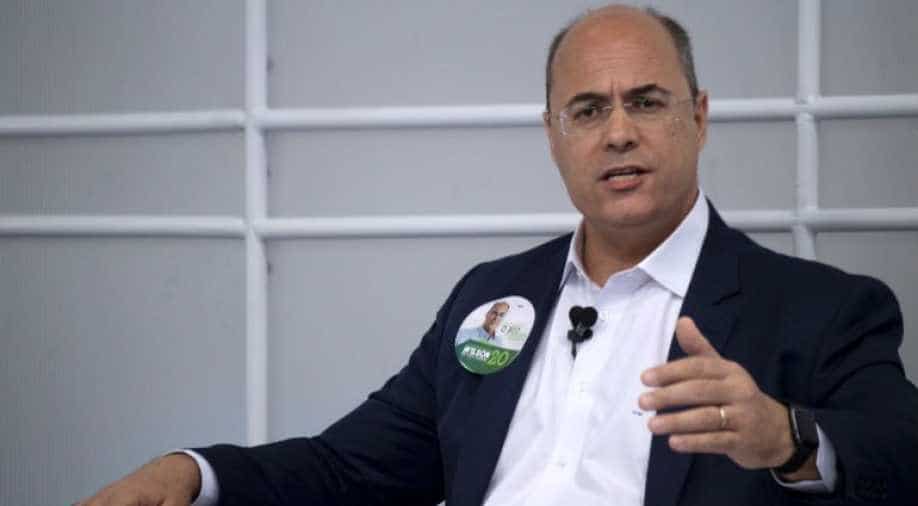 Wilson Witzel gestures during a televised debate in Rio de Janeiro on September 19, 2018. Photograph:(AFP)
Follow Us

In a country that registered a record 63,880 murders last year, many Brazilians are fed up with violent crime - a big factor in Bolsonaro's victory.

The army general tapped by Brazil's far-right President-elect Jair Bolsonaro to be defence minister said on Wednesday that snipers should be deployed to take down armed criminal suspects.

His comments came after the far-right governor-elect of Rio de Janeiro, Wilson Witzel, met with criticism after announcing he would deploy police snipers to shoot suspects even if officers' lives are not in danger.

"It's a necessary reaction to the ostentatious display of weapons of war, often in the hands of young people," retired general Augusto Heleno told Radio Nacional.

"It's not about killing indiscriminately. You need well-established criteria," he added.

"Police in Rio are very brave... But they need another kind of support."

Witzel, a vocal Bolsonaro backer, was elected alongside him Sunday after both campaigned on hardline platforms that tapped outrage over violent crime.

Following through on a campaign pledge, the governor-elect said he would instruct police and soldiers to open fire on armed suspects, even if it meant shooting them in the back unprovoked.

"I'd rather defend officers in the courts than go to their funerals," he said in an interview Monday night with TV network Globonews.

He also proposed deploying snipers in helicopters to shoot suspects from above during police operations against drug traffickers.

Asked if his plan included shooting suspects in the back, he said: "Gun in hand? He's a threat. He's going to use that gun to attack anyone who's in front of him."

In February, President Michel Temer deployed the army to Rio to try to gain the upper hand in the bloody war on drug trafficking. Witzel said he wants to extend that 10-month emergency deployment by another 10 months.

In a country that registered a record 63,880 murders last year, many Brazilians are fed up with violent crime - a big factor in Bolsonaro's victory, and those of 12 far-right governors swept to office with him.

But rights activists said Witzel's proposals were not even legal.

"Giving prior authorization to automatically kill anyone who may be armed when there is no imminent risk to life is an affront to Brazilian and international law," Amnesty International said in a statement.

"It would only result in an escalation of violence and put hundreds of thousands of people's lives at risk, including those of the officers themselves." Witzel, a little-known federal judge, surged to victory in Brazil's "Bolsonaro wave" after declaring his fervent support for the far-right former army captain.

Bolsonaro's own crime-fighting proposals include relaxing gun-control laws so "good people" can take justice into their own hands.

"Those who don't respect the law need to understand they will be held responsible, either before the law or by being taken down," he said Monday in his first interview as president-elect.