Brazil's Bolsonaro recovering, says will be 'back in action soon' 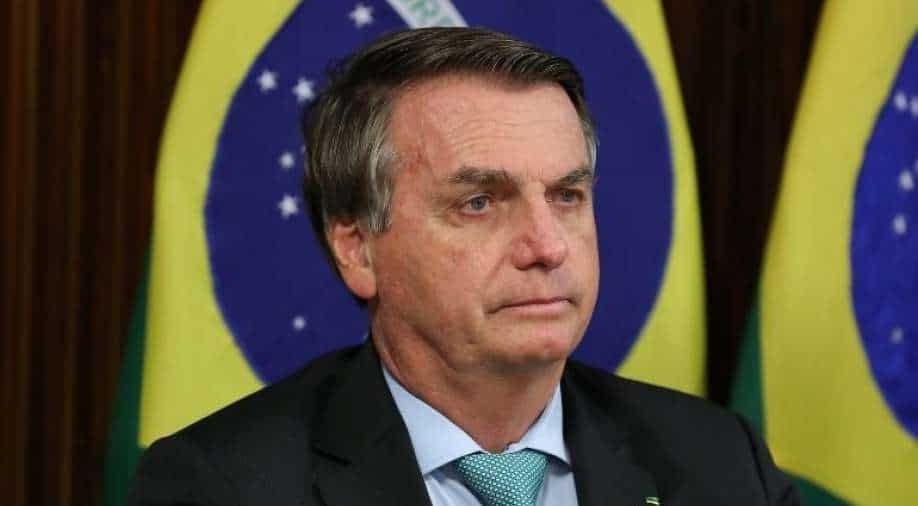 Undergoing treatment for an obstructed intestine after a near-fatal 2018 stabbing, Brazilian President Jair Bolsonaro said, he hoped to be "back in action soon."  The doctors gave no date for him to be discharged. He has been in the hospital since Wednesday. After initial concerns he might need emergency surgery, doctors now say he is improving with an operation less likely

Brazilian President Jair Bolsonaro, undergoing hospital treatment for an obstructed intestine after a near-fatal 2018 stabbing, said on Friday, he hoped to be "back in action soon," while doctors gave no date for him to be discharged.

Bolsonaro, 66, has been in the hospital since Wednesday, when he traveled from Brasilia to Sao Paulo for treatment relating to complications from the 2018 knifing. After initial concerns he might need emergency surgery, doctors now say he is improving, with an operation less likely.

His doctors said in a statement on Friday evening the president was recovering in a satisfactory manner, and that the president began eating again in a smooth fashion. They gave no date for his release from hospital, however.

Earlier on Friday, Bolsonaro tweeted a photo of himself, walking along a hospital corridor with a drip attached to his neck and looking stern-faced.

"Back in action soon, God willing!," he wrote. "We've done a lot, but we still have a lot to do for our Brazil!"

Bolsonaro had said in a TV interview on Thursday he could be out of hospital on Friday.

On Thursday evening, the president`s doctors said they had removed a gastric catheter from Bolsonaro and that he would begin eating again on Friday.

Bolsonaro has faced several health issues during his presidency, mainly stemming from long-term complications after he suffered a perforated intestine when he was stabbed on the campaign trail in 2018. He was also ill with COVID-19 last year.

Bolsonaro is in a weak political position as senators probe a corruption scandal over the purchase of coronavirus vaccines and he faces criticism over his handling of the pandemic.