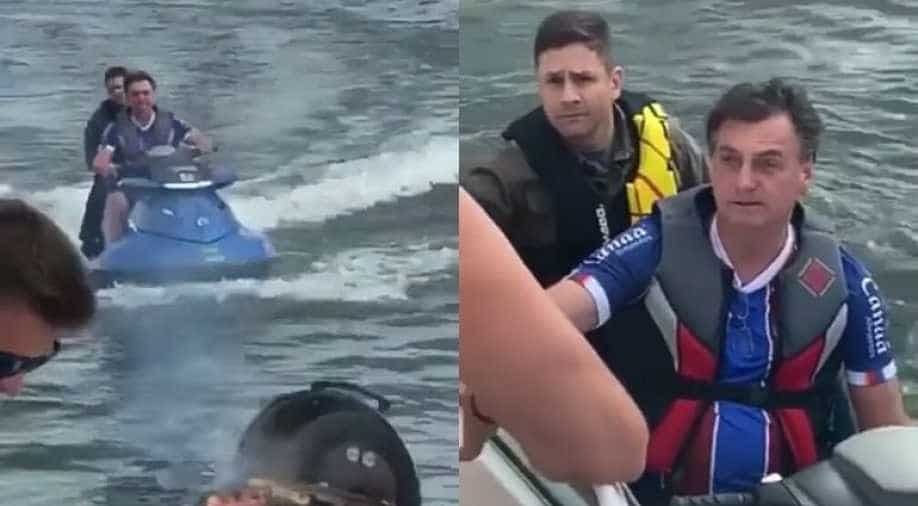 Brazilian President Jair Bolsonaro continues to enjoy his lavish lifestyle while ignoring the deteriorating coronavirus situation in the country.

Recently, the president was spotted riding jet ski while Brazil has more than 156,061 cases of novel coronavirus and over 10,000 casualties making it the worst-hit country in South America.

This move was heavily criticised on Twitter. Netizens lashed out on the Brazilian president for downplaying the coronavirus chaos.

While more 10,000 Brazilians lose their lives with Covid-19

"He didn't have his barbecue to commemorate the deaths of 10,000 Brazilians. But he did have a jet-ski ride on Paranoá Lake, together with jokes and buffoonery. @jairbolsonaro is repugnant. Brazil does not deserve this." https://t.co/26YemLc7Kr

Mr. Trump, I want to thank you for being such a great mentor to @jairbolsonaro! It seams that is just a matter of time for our countries to became the leaders in the death toll of the virus! Thank you from Brazil!

Despite Bolsonaro's criticism of lockdowns, governors and mayors of 27 states in the country have tightened the measures to contain the rapid spread of the virus.

Sao Paulo and Rio de Janeiro have been the hardest-hit in Brazil and have extended their measures until May 31.

On April 28, Bolsonaro had infamously responded to a reporter who asked him regarding 5,000 deaths due to virus in the country, he said:  "So what? What do you want me to do?"

Cases of infections of the deadly coronavirus surpassed 4 million worldwide on Monday as COVID-19 spreads across Europe, North America and South Asia.