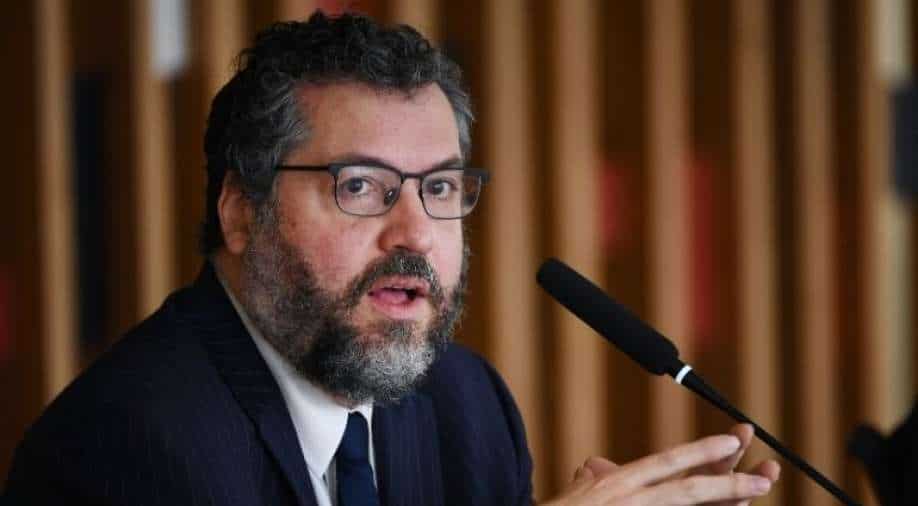 Brazilian Foreign Minister Ernesto Araujo has resigned amid rising criticism over what is perceived to be diplomatic failure to secure coronavirus vaccines as the country is grappling with supply shortages, Sputnik reported citing local media.

According to Brazil`s O Globo newspaper, the minister had notified his staff about the decision and sent a letter of resignation to president Jair Bolsonaro, saying he does not want to create problems for the government. There has been no official confirmation of the fact yet.

The Brazilian parliament has earlier accused Araujo of making political choices that sabotaged Brazil`s vaccine procurement efforts. The news speculated that the former minister`s strong affinity with former US President Donald Trump and harsh remarks against China were part of the reason why the country had little success in securing vaccine shipments.

Brazil is currently facing the biggest crisis since the start of the pandemic. On Saturday, the country registered an all-time high of 3,650 deaths and 100,158 infections. Brazil is now second only to the US in terms of coronavirus cases and fatalities, with a total of over 12.5 million registered infections and over 312,000 confirmed coronavirus-related deaths.