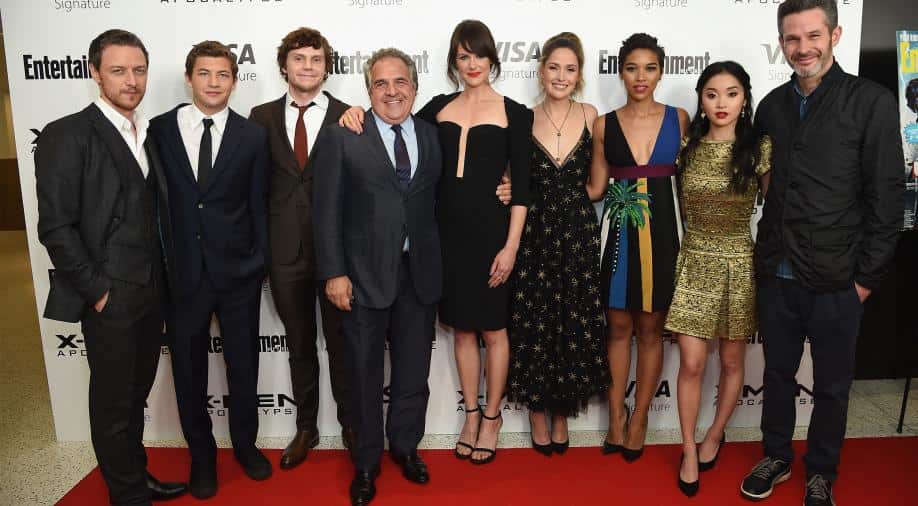 The latest X-Men adventure easily topped the weekend, earning an estimated $65 million. It is on pace to pull in over $76 million over the four-day spell. That`s a solid start, but a significant drop off from the $110.5 million that the previous film, "X-Men: Days of Future Past," racked up over the 2014 Memorial Day holiday.

Things were much bleaker for "Alice Through the Looking Glass." The follow-up to 2010`s "Alice in Wonderland," which racked up more than $1 billion during its run, stumbled out of the gate, bombing with $28.1 million and a projected $35 over the four-day period. That`s a disastrous start for a film with an $170 million production budget.

The fantasy adventure will try to staunch the bleeding overseas, where "Alice Through the Looking Glass" grossed an estimated $65 million from such major territories as Italy, Russia, the United Kingdom, Australia, and Brazil. The film has opened in 72 percent of the international market, with France (June 1), Japan (July 1), and South Korea (Sept. 8) still on deck.

"Alice`s" opening is bad news for Johnny Depp, whose star has waned in recent years, its luster diminished by flops such as "Mortdecai" and "Transcendence." The actor was in the headlines over the weekend after his wife Amber Heard filed for divorce, alleging abuse.

Both new releases failed to hit tracking, with some analysts expecting "X-Men: Apocalypse" to debut to between $80 million and $100 million, and many box office sages projecting an "Alice" launch in the $55 million range. The competition appeared to take a chunk out of both film`s ticket sales.

Some analysts believe that the "Alice in Wonderland" sequel couldn`t compete in the crowded summer season. The first film debuted in the spring, when there were fewer major studio releases vying for attention.

"`X-Men` destroyed Alice, no question," said Jeff Bock, an analyst with Exhibitor Relations. "That`s what happens when a spring fling attempts to go fult-tilt summer blockbuster. We`ve seen this happen in the past and it usually doesn`t work out."

In fourth place, "Captain America: Civil War" added $15.1 million to its total. The super hero film has earned $377 million domestically, pushing it past "Deadpool" to become the year`s highest-grossing stateside release. "Neighbor`s 2: Sorority Rising" rounded out the top five, nabbing $9.1 million to push its domestic gross to $40.4 million after two weeks in theaters.