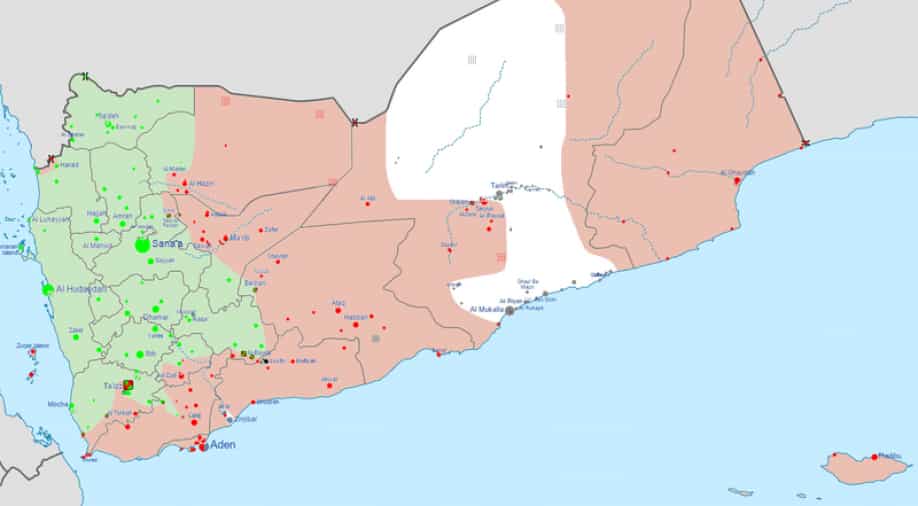 The blockade has pushed some seven million people to the brink of famine and left nearly 900,000 infected with cholera. Photograph:( Others )

United Nations aid chief in Yemen warned on Wednesday, 8th of November, that if a Saudi-led military coalition did not allow humanitarian aid access to Yemen, it would have "grave implications" on seven million people whose lives depend on aid relief.

The Saudi-led military coalition fighting the Houthi movement in neighbouring Yemen said on Monday, on the 6th of November that it had closed all air, land and sea ports to the Arabian Peninsula country to stem the flow of arms to the Houthis from Iran.

The move, which follows the interception of a missile fired towards the Saudi capital Riyadh on Saturday on the 4thy of November, is likely to worsen a humanitarian crisis in Yemen that according to the United Nations has pushed some seven million people to the brink of famine and left nearly 900,000 infected with cholera.

George Khoury, the head of U.N. Office for the coordination of Humanitarian Affairs (OCHA) in Yemen urged the Saudi-led coalition to re-open an aid lifeline to bring imported food and medicine into Yemen. He said the aid workers and humanitarian aid could not reach the country due to the current blockade.