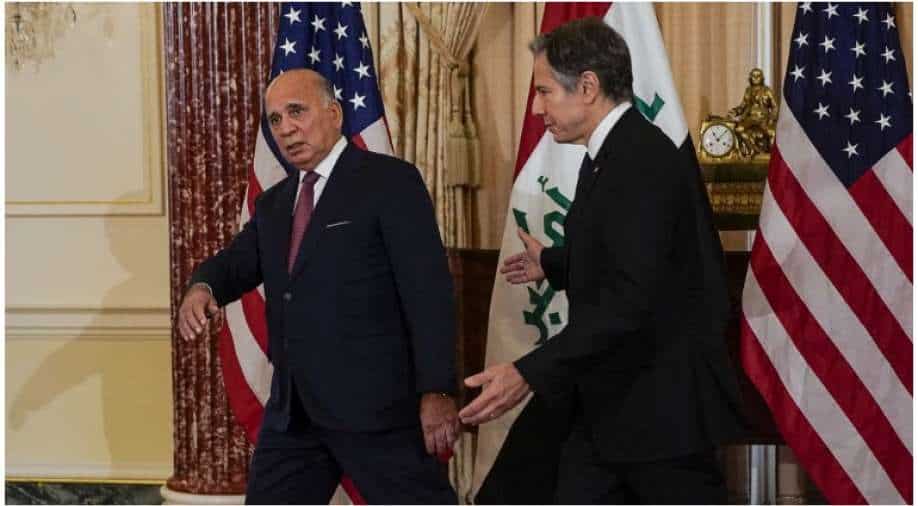 US Secretary of State Antony Blinken (R) and Iraqi Foreign Minister Fuad Hussein leave after speaking to the press at the State Department on July 23, 2021, in Washington, DC. Photograph:( AFP )

US Secretary of State Antony Blinken on Friday met Iraq Foreign Minister Dr Fuad Hussein at State Department. The meet took place ahead of discussions on the role of the US military in Iraq.

The United States and Iraq are expected to formalize the end of Washington's combat mission in Iraq by the end of the year and continue the transition toward training and advising Iraqi forces, US officials said on Thursday.

Currently, there are 2500 troops in Iraq. They are largely focussing on countering remnantsb os Islamic State. The US has already moved towards the focus of training Iraqi forces.