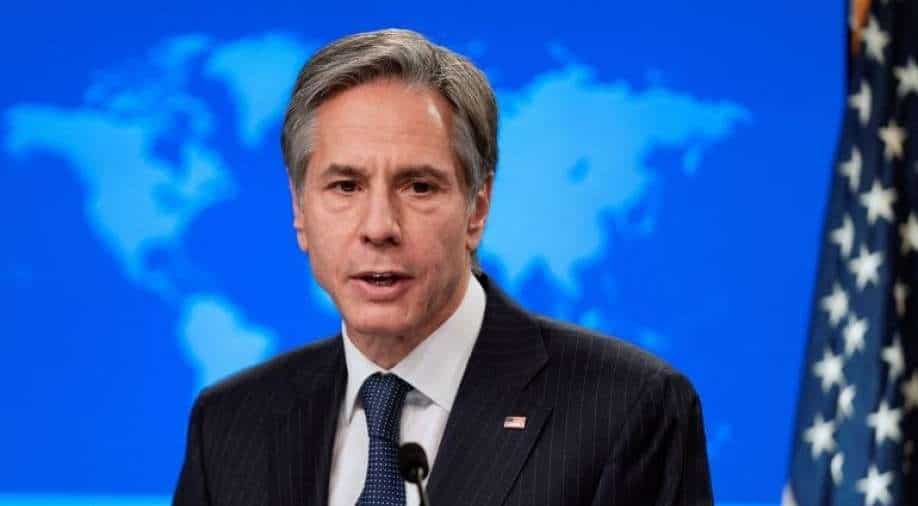 Speaking at a joint news conference with Costa Rican President Carlos Alvarado, Blinken said the United States wanted to hear from its partners in the region about their shared commitment to managing migratory pressures

US Secretary of State Antony Blinken urged Central American governments to do more to help contain illegal immigration and voiced concerns about the health of local democracy and human rights during a visit to the region on Tuesday.

Speaking at a joint news conference with Costa Rican President Carlos Alvarado, Blinken said the United States wanted to hear from its partners in the region about their shared commitment to managing migratory pressures.

"Good governance is crucial for confronting the challenges and seizing the opportunities of this moment, and yet we meet at a moment when democracy and human rights are being undermined in many parts of the region," Blinken told reporters.

Blinken cited erosion of judicial independence, crackdowns on independent media and NGOs, as well as the suppression of anti-corruption efforts to illustrate his point, noting that the United States had also suffered its own setbacks.

US President Joe Biden has been under pressure to reduce a sharp increase in undocumented immigration at the US-Mexico border since taking office in January.

Regional cooperation to address the issue was now more important than ever, said Blinken, who travelled to Costa Rica, to hold talks with leaders from Central America and Mexico.

Many immigrants stopped at the US border are from three violent and impoverished Central American countries, Guatemala, Honduras and El Salvador, which Washington has pledged aid in return for commitments to improve local governance.

That drive has been clouded by concern about graft, cronyism, signs of authoritarianism and efforts to block the appointment of judges with track records of tackling corruption.

The United States has promised to help poorer countries in the fight against COVID-19 with vaccines, and Blinken said the government would in the next week or so set out plans for how millions of doses would be distributed.