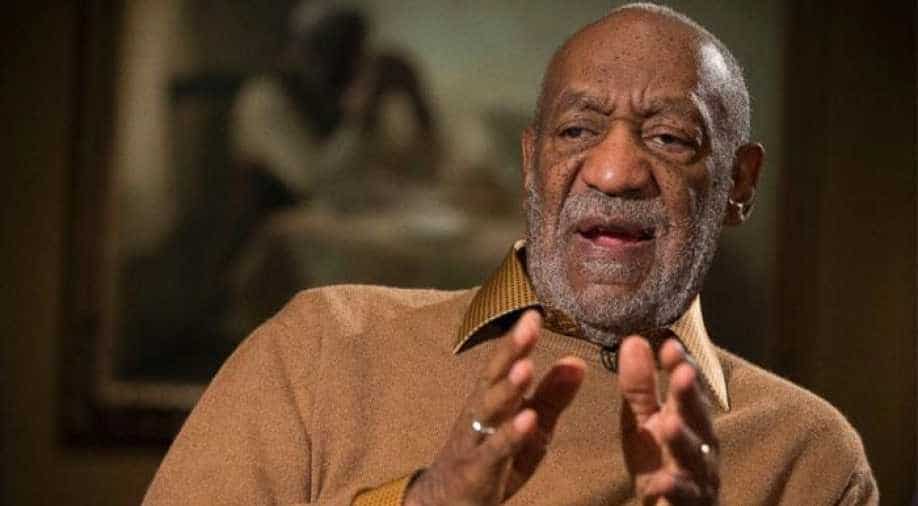 Comedian Bill Cosby was convicted on Thursday of drugging and sexually assaulting a onetime friend in 2004, marking the first such conviction of a celebrity since the #MeToo movement that has brought down rich and powerful men for their treatment of women.

Cosby, 80, best known as the lovable father from the 1980s TV hit "The Cosby Show," faces up to 10 years in prison for each of three counts of aggravated indecent assault against Andrea Constand, 45, following a three-week trial at the Montgomery County courthouse in Norristown, Pennsylvania.

After maintaining decorum throughout the trial, Cosby exploded following the verdict when prosecutors asked the judge to take him into custody, saying he was a flight risk in part because he owned a plane.

"He doesn`t have a plane, you asshole!" Cosby responded in a booming voice as he leapt to feet.

District Attorney Kevin Steele later remarked that with the outburst, "You got to see who he really was."

As the verdict was read, Cosby looked down with a sad expression. Lili Bernard, one of his many accusers, began sobbing. Constand sat stone-faced.

Judge Steven O`Neill ruled Cosby could remain out of jail on $1 million bail pending sentencing at a later date, as long as he surrendered his passport and remained at home.
Cosby then left the courthouse with his lawyers and publicist.

"The fight will go on," defence lawyer Thomas Mesereau told reporters, adding he would appeal the conviction.

Sentencing was expected within 60 to 90 days after Cosby submits to a "sexually violent predator assessment."

Although he could get up to 10 years for each count, state sentencing guidelines suggest a term of less than 10 years.

The conviction marks the downfall of a man once celebrated as "America`s Dad" but whose reputation was ruined after some 50 women accused him of similar offences going back decades.
Cosby had been a transcendent figure in show business, coming up as a black comedian during the civil rights movement of the 1960s and winning over white audiences with a clean routine.

He went on to several successful television series when African-Americans were largely absent from TV. In "The Cosby Show" from 1984 to 1992, he played the wise and witty Dr. Heathcliff Huxtable, the father of an affluent black family.

All the while, his accusers say, he had been drugging and molesting women.

Only one of those cases was recent enough to be eligible for prosecution, that of Constand, a former administrator for the women`s basketball team at Temple University, Cosby`s alma mater. She had no comment after the verdict.

"The most important person in our team was Andrea Constand," Steele, the district attorney, told reporters. "She was the first courageous person who stood up in public and went to authorities and said, `Bill Cosby drugged and raped me.`"

"We are so happy that finally we can say, women are believed, and not only on #MeToo, but in a court of law," Allred told reporters.

Other Cosby accusers celebrated the verdict with hugs, cries, and applause.

"I feel like my faith in humanity is restored," Bernard said.

The seven-man, five-woman jury reached a unanimous verdict after deliberating for 14 hours over two days.

Less than a year ago, a different jury was deadlocked after six days of deliberations on the same charges, prompting the judge to declare a mistrial.

Soon after the first trial, a series of women levelled sexual assault and harassment accusations against men in media, entertainment and politics, giving rise to the #MeToo and #TimesUp movements that encouraged women go public with personal stories of abuse, in some cases after years of silence.

Like many of Cosby`s other accusers, Constand said she was drugged and violated while unable to defend herself.

Cosby has said any sexual encounters were consensual, and his lawyers portrayed the accusers as fabricating stories in search of wealth and fame.

"Mob rule is not due process," defence lawyer Kathleen Bliss said, referring to the #MeToo movement.

U.S. President Donald Trump has been accused by several women of sexual misconduct, including after the release during the 2016 presidential campaign of a video in which he had spoken in vulgar terms about trying to have sex with women. He later called it "locker room banter" and his campaign issued an apology to anyone who was offended.

Trump, whose inauguration and first anniversary as president were met with nationwide women`s protests, denies accusations of sexual misconduct and accuses rival Democrats and the media of a smear campaign. He faces a defamation lawsuit from Summer Zervos, a contestant on his former reality show who accuses him of sexually harassing her. Trump`s lawyer has said her accusations are false and politically motivated.

Constand testified she went to Cosby`s house to discuss a potential career change when he gave her three blue pills he said would relax her.