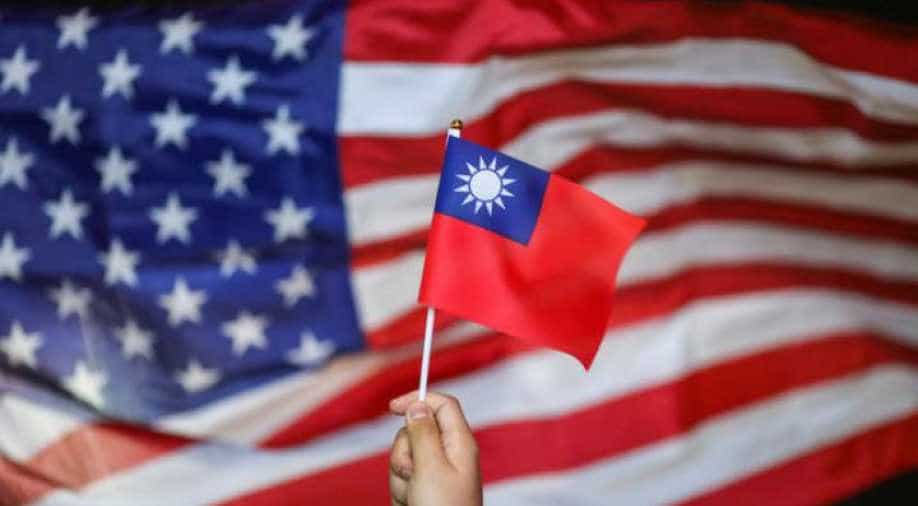 Flags of the US and Taiwan (file photo) Photograph:( Reuters )

Daniel Kritenbrink said it was important for Washington to demonstrate its resolve to meet its 'rock-solid obligations' towards Taiwan in the face of pressure from China, which claims the self-governing island as its own territory

The nominee to be the top US diplomat for East Asia said on Tuesday that Washington should develop its relationship with Taiwan in every sector, hours after China's largest reported incursion to date into the island's air defence identification zone.

Daniel Kritenbrink said it was important for Washington to demonstrate its resolve to meet its 'rock-solid obligations' towards Taiwan in the face of pressure from China, which claims the self-governing island as its own territory.

"It's ... incumbent upon us to further develop our robust relationship with Taiwan in every sector," Kritenbrink told a Senate Foreign Relations Committee hearing on his nomination to be assistant secretary of state for East Asia.

The Group of Seven leaders issued a statement on Sunday scolding China for a series of issues and underscoring the importance of peace and stability across the Taiwan Strait, comments that China called 'slander'.

Kritenbrink, a career foreign service officer, who was most recently ambassador to Vietnam and a former deputy head of mission in China, was asked if Washington should switch from a long-standing stance of 'strategic ambiguity' to make a clear commitment to defend Taiwan in the event of a Chinese attack.

He said the US 'one-China' policy that formally recognises Beijing and not Taipei had ensured cross-strait stability and Taiwan's security for many decades.

He added: "I do think that maintenance of that status quo and of that security is a dynamic situation. As the threat from (China) grows, as Beijing`s aggressive and bullying behavior vis-a-vis Taiwan grows, I think that our response has to be calibrated as well."

Responding to a request for comment, Chinese Embassy spokesman Liu Pengyu said Washington should 'stop elevating its relationship with the Taiwan region in any substantive way ... so as to avoid serious damage to China-US relations and peace and stability across the Taiwan Strait."

Kritenbrink described China as the 'major challenge the United States faces today' and said new guidelines adopted by the Biden administration for Taiwan relations were 'significantly liberalized' and 'explicitly designed to further develop our relationships and our partnership'. He said Washington should continue to take steps to hold to account Chinese leaders responsible for what it calls genocide against Uyghurs and other Muslims in China's Xinjiang region.

"The ongoing genocide in Xinjiang shocks the conscience," he said. "We estimate more than 1 million Uyghurs have been forcibly detained, put into re-education camps, forced to provide labor, and many other disturbing allegations about how they are being treated," he said.

"We need to continue to take steps using all the tools that the US government has at its disposal to hold to account the leaders who are carrying out these atrocities," Kritenbrink said.

Liu repeated Chinese denials of abuses in Xinjiang, saying: "Facts have proved that there has never been any genocide in Xinjiang."