Berlin attack took place near Church bombed in WWII, preserved as a warning 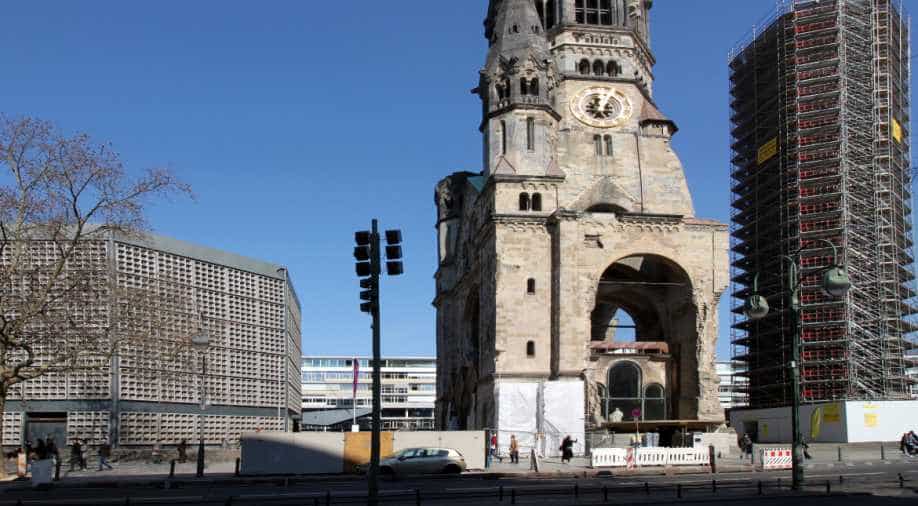 Above is the Kaiser Wilhelm Memorial Church, whose damage in a World War II bombing raid has been preserved as a warning to future generations. Photograph:( Others )

The crash happened in the shadow of the Kaiser Wilhelm Memorial Church, whose damage in a World War II bombing raid has been preserved as a warning to future generations.

The square is at the end of the Kurfuerstendamm boulevard which was packed with holiday shoppers. Police said the truck made it as far as 80 metres into the Christmas market before it came to a halt.

Europe has been on high alert for most of 2016, with terror attacks striking Paris and Brussels, while Germany has been hit by several assaults claimed by the Islamic State group and carried out by asylum-seekers.

An axe rampage on a train in the southern state of Bavaria in July injured five people, and a suicide bombing wounded 15 people in the same state six days later.

In another case, a 16-year-old German-Moroccan girl in February stabbed a police officer in the neck with a kitchen knife, wounding him badly, allegedly on IS orders.

The arrival of 890,000 refugees last year has polarised Germany, with critics calling the influx a serious security threat.

In response to the Berlin tragedy, France beefed up security at its own Christmas markets.

"The French share in the mourning of the Germans in the face of this tragedy that has hit all of Europe," President Francois Hollande said.

The Nice bloodshed -- as people were watching a fireworks display on the Bastille Day holiday on July 14 -- further traumatised a France already reeling from a series of jihadist attacks.

The United States labelled it an apparent "terrorist attack" and pledged its support. President-elect Donald Trump blamed "Islamist terrorists" for a "slaughter" of Christians in the German capital.