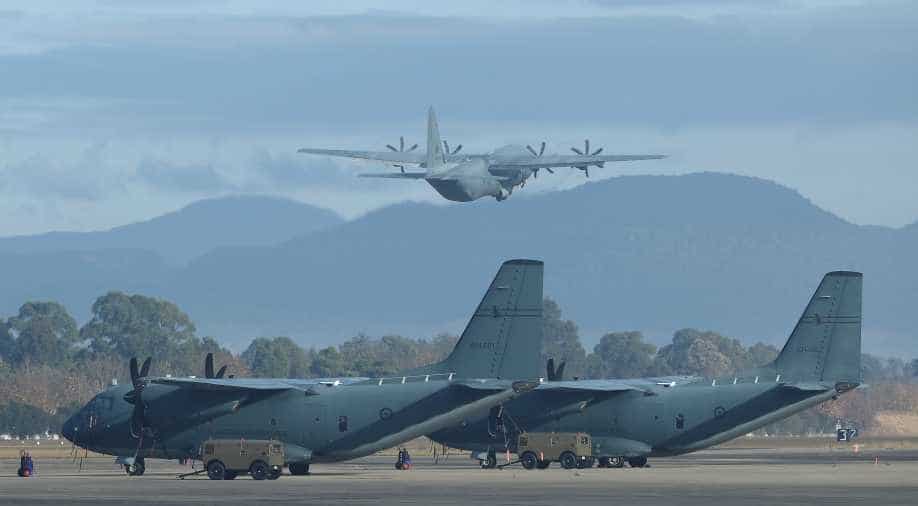 The Australian government last year offered repatriation to the families of 35 service personnel interred at the Terendak Military Cemetary in Malaysia and the Kranji War Cemetery in Singapore and 33 accepted. Photograph:( Getty )

The remains of the 33 Australian soldiers killed during the Vietnam War and buried in Malaysia and Singapore returned to rest in Australia today in one of the country's largest single repatriation operations.

So now FTII students even have a problem with Tom Alter! He is no 'second rate actor' nor a Modi bhakt. What is going on?

The soldiers, who were buried overseas under an interment policy that was scrapped in 1966, were flown into a military airfield around 40 kms (24.85 miles) west of Sydney onboard two military transport jets.

They were met by around 100 family members, veterans and dignitaries, including defence minister Marise Payne and governor-general Peter Cosgrove-- a Vietnam veteran who now represents Australia's head of state, Britain's Queen Elizabeth.

So now FTII students even have a problem with Tom Alter! He is no 'second rate actor' nor a Modi bhakt. What is going on?

A priest, accompanied by a Scottish piper, led the flag-draped coffins in a sombre procession from the lowered tail-section of the two C-17 transport planes and into a nearby hanger, where family members held a private ceremony.

The Australian government had last year announced that it would fund a repatriation programme for the fallen soldiers, following pressure from families and a public petition that drew more than 40,000 signatures.

For family members and veterans in attendance, it was a bittersweet moment of more than 50 years in the making.

"When I saw the smoke of the nose wheel of the second aircraft I thought, they're at home," - Vietnam veteran Lieutenant Colonel Ian Henderson

"The Army went to great lengths to discover those who had been missing in action, at great lengths to find their bodies a couple of years ago. This is right that this ought to happen and bring them back as they have."

More than 60,000 Australians served in Vietnam between 1962 and 1972. Over 500 Australians were killed during the war between the Soviet-backed Communist government of North Vietnam and South Vietnam's US-backed regime, which ceased to exist after the fall of Saigon in 1975.

After the private ceremony the coffins were loaded onto 10 hearses, which drove slowly under police escort down roads lined with men and women who had come out to pay their respects.

The individual remains will be buried privately by their families.