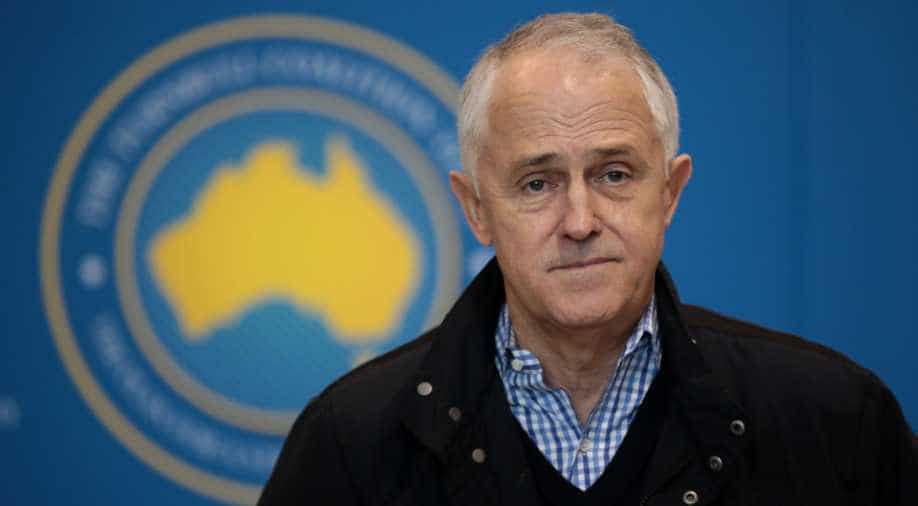 Australia is lagging behind a number of countries on marriage reform. Same-sex couples can have civil unions or register their relationships in most states, but not under national law. Photograph:( AFP )

Follow Us
Australia's Prime Minister insisted today a referendum on legalising same-sex marriage will be held this year if his government is re-elected despite the Labor opposition calling it "a taxpayer-funded platform for homophobia".

The country holds elections on July 2 with the latest opinion poll showing the ruling Liberal-led coalition and Labour neck-and-neck.

Prime Minister Malcolm Turnbull, who is well-known for his support of gay marriage, is in favour of a referendum on the issue instead of a parliamentary vote.

But Labor has hardened its language against a public vote, in what commentators said was a strategic move to set up the issue as a clear choice on polling day.

"We have a very clear policy which is that every Australian will get a vote on the subject," Turnbull, the first sitting Australian leader to attend the Sydney Gay and Lesbian Mardi Gras parade, told reporters.

"Of course, if we are successful on July 2, then I have every expectation that the parliament will swiftly legislate for a plebiscite and a plebiscite will be held shortly after parliament resumes, which I would assume to be in August.

"So I would hope that the plebiscite could be held before the end of the year."

Labor has pledged to hold a parliamentary vote to change the Marriage Act within 100 days if it wins office, and warned that allowing the public to decide risked exposing underlying homophobia.

It has suggested a plebiscite could unleash hateful advertising and expose children of gay parents to negative messages.

"In modern Australia, no one should have to justify their sexuality or their love, to anyone else," Labor leader Bill Shorten said at Labor's official election campaign launch on Sunday.

"And instead of sitting in judgement, instead of providing a taxpayer-funded platform for homophobia, we will gift every Australian an equal right in respect of love. Nothing less."

Australia is seen as lagging behind a growing number of countries on marriage reform and popular support for change is high.

Same-sex couples can have civil unions or register their relationships in most states across Australia, but the government does not consider them married under national law.

The issue is shaping up as a key election issue, along with economic management, immigration, and climate change, in polls too close to call.

A Newspoll in The Australian broadsheet today showed the outcome was on a knife edge with the Liberals and Labor both locked at 50-50 on a two-party basis.

The poll of 1,805 people from June 16-19 has Turnbull favoured as the better Prime Minister on 46 per cent to Shorten's 31 per cent, but neither of them polled well on performance satisfaction.
(AFP)