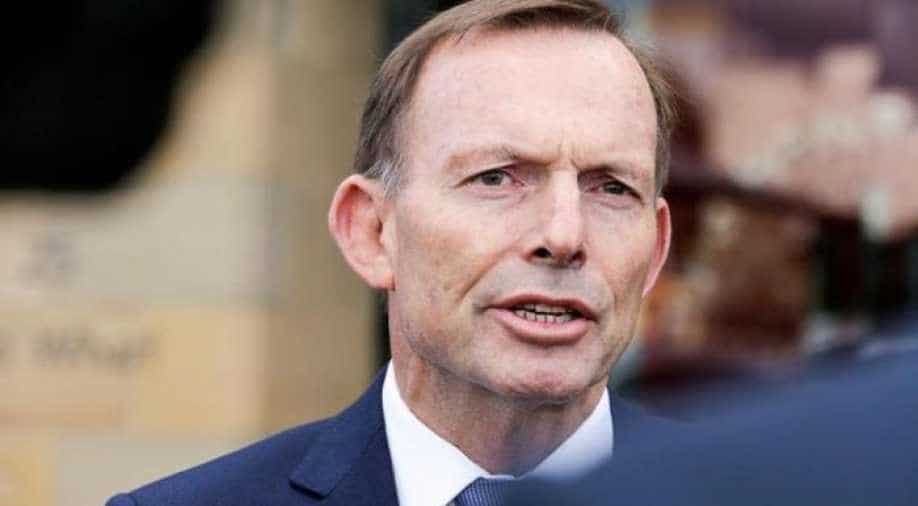 Abbott -- who lost his seat in parliament at the last election -- is registered under the Foreign Influence Transparency Scheme, which is designed to monitor outside influence over Australian public life.

Australia's right-wing former prime minister Tony Abbott registered as an agent of foreign influence Friday, after controversially taking up a role as a trade advisor to the UK government.

Abbott -- who lost his seat in parliament at the last election -- is registered under the Foreign Influence Transparency Scheme, which is designed to monitor outside influence over Australian public life.

The scheme is similar to the United States' Foreign Agents Registration Act, and was introduced in late 2018 amid concerns about growing Chinese lobbying efforts Down Under.

"Anthony John Abbott" -- "Occupation: Former Prime Minister" -- appeared on register Friday as "an unpaid adviser to the UK Board of Trade. The role is to advocate for free and fair trade especially trade with the UK and its allies."

Abbott's 2013-2015 tenure was marked by hardline policies on illegal immigration, opposition to same-sex marriage and scepticism of man-made climate change.

His appointment prompted outrage in Britain, where he was pilloried as a "climate change-denying, Trump-worshipping misogynist" and raised questions in Australia about whether a former prime minister should work for a foreign state.

In 2014, Abbott -- an ardent monarchist -- reintroduced knights and dames to the Australian honours system, and his subsequent decision to knight Queen Elizabeth II's husband Prince Philip was met with ridicule and disbelief.

The titles have since been removed from the honours system by his successor.