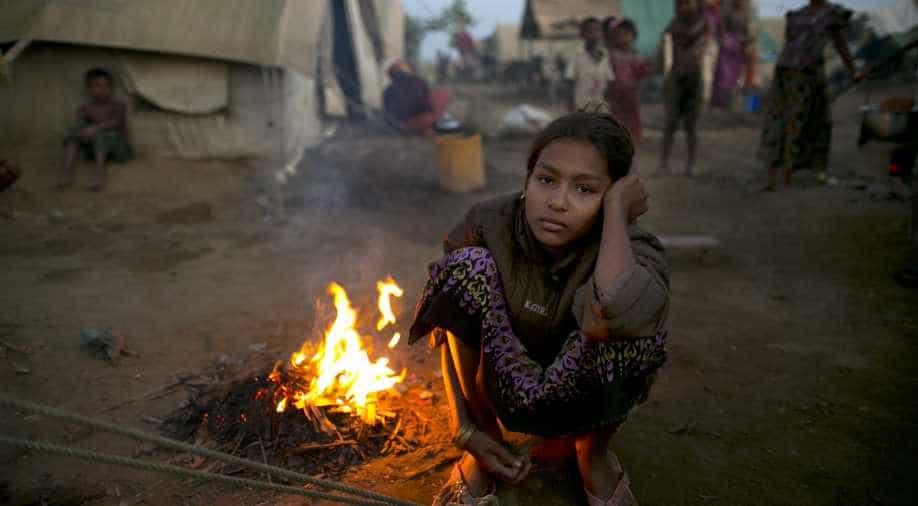 An estimated 111,000 people have been displaced by sectarian violence in June and October, affecting the ethnic Rohingya people, who are now living in crowded IDP camps racially segregated from the Rakhine Buddhists. Photograph:( Getty )

The founding of the committee was announced a week after the U.S. Secretary of State, John Kerry, urged Suu Kyi who is also the country's foreign minister, to promote human rights after a meeting in which both discussed the situation of the Rohingya minority.

The committee will include 19 more members of the new Cabinet, according to the state newspaper Global New Light of Myanmar.

Among other matters, it will be responsible for coordinating the activities of UN agencies and international NGOs working in the area.

These organizations work, albeit with restrictions, in the area to assist the Rohingyas, a minority living in Myanmar for centuries, who are not recognised as Burmese citizens but are considered Bengali immigrants.

About 120,000 of them are confined in 67 camps and suffer all kinds of restrictions since the outbreak of sectarian violence in 2012 between this minority and the Buddhist majority in the region, which caused at least 160 deaths, EFE news reported.

In March, just days before handing over power, the former government lifted the state of emergency imposed since then in Rakhine where the Rohingyas have limited freedom of movement and access to education, and suffer the confiscation of their property.
Read in App