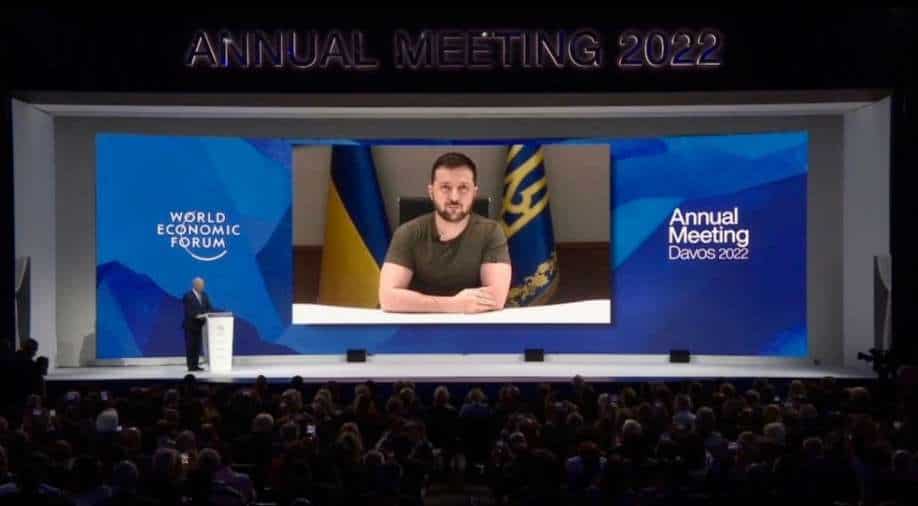 Holding talks with Russia seems to have been becoming difficult as there have been several evidences of invading army's actions against civilians in the areas under its occupation, the Ukrainian president added

At the World Economic Forum in Davos, Ukrainian President Volodymyr Zelensky said on Monday that he was willing to meet Russian counterpart Vladimir Putin to end the ongoing bloody war, media reports said.

Putin is the only Russian official he may meet to unearth a way to end the conflict, Zelensky said, while addressing an audience through a video link.

Also Read: Ukraine rules out ceasefire or any territorial concessions to Russia

Holding talks with Russia seems to have been becoming difficult as there have been several evidences of invading army's actions against civilians in the areas under its occupation, the Ukrainian president added.

"The president of the Russian Federation decides it all. If we are talking about ending this war without him personally, that decision cannot be taken," said Zelensky through an interpreter.

"I cannot accept any kind of meeting with anyone coming from the Russian Federation but the president. And only in the case when there is one issue on the (table): stopping the war. There are no other grounds for any other kind of meeting," the Ukrainian leader said.

The war came at a huge human price for Ukrainians, Zelensky told the audience.

The forces of the country were making gains near Kharkiv, but "the bloodiest situation remains in Donbas, where we are losing too many people," he said.