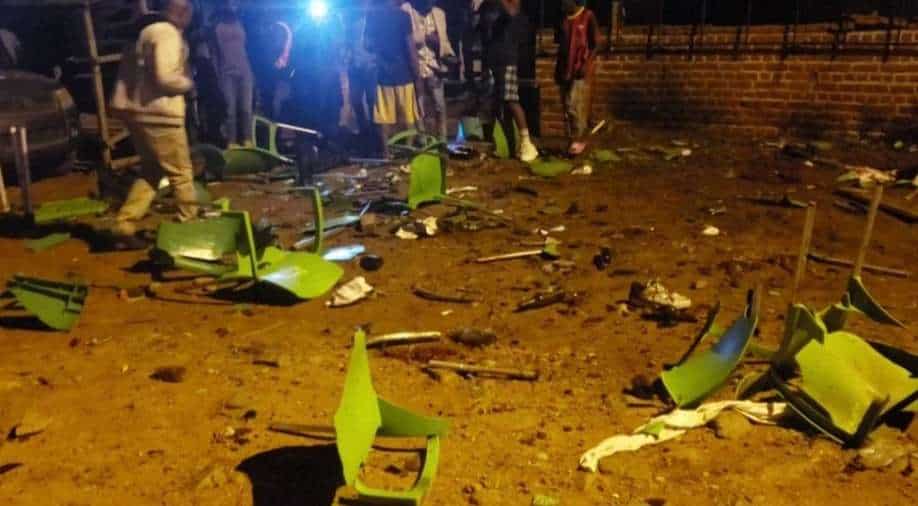 More than 30 people were celebrating Christmas in Beni when the bomb went off Photograph:( AFP )

Beni, near the DRC’s eastern border with Uganda, has been the site of regular clashes between the Congolese army and the Allied Democratic Forces, an affiliate of the Islamic State group

At least 6 people were killed in a suicide bomb attack at a restaurant and bar on Christmas day in the eastern Congolese town, where Islamic extremists are known to be active.

More than 30 people were celebrating Christmas in Beni when the bomb went off, two witnesses told AFP. According to reports, two children and women were among the dead.

Officials have blamed the Allied Democratic Forces (ADF) for Saturday’s attack. The militia is one of the deadliest armed groups in the region and is claimed by the Islamic State group as its central Africa region.

The attack is the second suicide bombing incident that has taken place in eastern Congo this year. Earlier, the ADF forces claimed responsibility for the attack near another bar in Beni, which had caused no casualties.

“The suicide bomber, prevented by security guards from entering a crowded bar, activated the bomb at the entrance of the bar,” he said in a statement.

Democratic Republic of Congo’s President Felix Tshisekedi said in a statement on Twitter that he "strongly condemns" the "odious" attack.

Beni, near the DRC’s eastern border with Uganda, has been the site of regular clashes between the Congolese army and the ADF.

In recent years, the town has also suffered an Ebola epidemic and has seen several smaller outbreaks of the disease.